Behind them, the prominent hunters of the surprise duo lurk a little behind. With the Norwegian Sebastian Foss-Solevaag (+0.16), the French Clement Noel (+0.34) and the Norwegian Henrik Kristoffersen, three winners of the season are in third, fifth and sixth. In between, Sweden’s Kristoffer Jakobsen was fourth (+0.18), an outsider. Marco Schwarz also kept his chance for a medal with intermediate rank eight. However, the combined world champion has to catch up already 0.57 seconds.

Michael Matt finished 13th, 0.95 seconds behind. Manuel Feller (+1.78) missed the important qualification for the top 15. Due to the higher temperatures, the FIS decided to change the starting rule for the second round . It is not the 30th of the first run that will open the second section, but the athlete with the 15th fastest time. Only then does it continue with the 16th of the first round.

Stand after the first round

Pertl with a lot of risk for the intermediate tour

The  rule change is also an advantage for Pertl, who already proved in the first run that he can cope very well with the conditions.

The  23-year-old showed a very round swing from top to bottom with a perfect build-up of pressure on the very turning course. Only in the lower part did the Austrian lose a little time.

“It felt good. But I didn’t expect that I would lead to the finish. I tried to risk everything. After all, it’s about medals. I will tackle it like in the first round, fully attack.

The  fact that the first 15 are turned over is not a disadvantage for me. It’ll get softer. If you find in the tracks, then that will fit, ”said Pertl, who was never better than ninth after the first round, in the ORF interview.

Due to the short time gap, Black also has every chance of his third medal in Cortina.

The  Carinthian found a good rhythm from the start. Of all things, a small mistake in the last section, where he normally catches up, cost him a better placement. “I was surprised that the goal was there so quickly. I wasn’t at the limit, there’s still a lot left.

The re is a chance.

The  starting rule is an advantage for me, ”said Schwarz.

Marco Schwarz delivers a clean run for a long time in the first run, but a small mistake before the finish takes time.

Matt doesn’t see himself completely without a chance either. At the 2018 Olympics in Pyeongchang, the Tyrolean went from twelfth place to bronze. “It was okay upstairs, after that I was too straight.

The n that is the time. You never give up hope, it’s not over yet, ”said Matt, who was runner-up in 2019 behind Marcel Hirscher.

Feller, on the other hand, has no chance, but is in prominent company. With the Swiss Ramon Zenhäusern and the German Linus Straßer, two other winners of the season missed the qualification for the top 15. “

The  slope was brutally aggressive. I was far too soft from the material, it looked completely different when I visited it. I judged it completely wrong, I’m almost ashamed of that. I just made sure that I could somehow get down there, ”said the 28-year-old Tyrolean.

Since the slope was much more compact than expected, some runners with high starting numbers showed.

Coronavirus: Can Antigen Self-Tests Save Christmas?

This is behind the new stock market stars 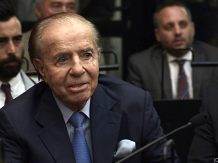