The  two-time medal winner Schwarz wants to call up “the coolness” of his previously successful competitions. “For me, the slalom is an encore,” said Head of Technology Coach Marko Pfeifer.

The re is no pressure”, stated Schwarz after the sensational giant slalom bronze medal on Friday. “Now he can go into the slalom with even more freedom,” said his Carinthian compatriot Pfeifer, for whom the gold in the combination on Monday was “very, very valuable”. “He should drive off, then we’ll see what comes out,” said Pfeifer Schwarz on the way.

Black is currently leading the Slalom World Cup. This winter he was the most consistent point collector between the bars and celebrated two daily victories in Adelboden and Schladming. Otherwise only Norwegian Henrik Kristoffersen succeeded, who triumphed in Madonna di Campiglio and most recently in Chamonix. Incidentally, the two Kristoffersen victories were the only two races that Schwarz did not finish in the top three.

The  Carinthian managed this seven times in his favorite discipline – in different conditions and topographies.

That alone would bring Black into a favorite role, which the World Cup, which has been so strong so far, cemented this. Even if he doesn’t see it that way himself. “I think that many are favorites.

The re were seven different slalom winners, and the podium was always very close,” emphasized the 25-year-old. Teammate Feller celebrated his first World Cup victory in Flachau in January and is also part of the circle.

The  same applies to the French Clement Noel and Alexis Pinturault, the Norwegian Sebastian Foss-Solevaag, the Swiss Ramon Zenhäusern and Loic Meillard, the British Dave Ryding, the South Tyrolean Alex Vinatzer, the German Linus Straßer and many, many more.

“It is probably the largest field that has a say for the top positions, from which it will be difficult. But I think we have shown often enough during the season that we are among the fastest,” said Feller, der recorded a failure in the World Cup giant slalom in the first round. “It is of course difficult. Now I only have one chance and it should work there,” stated the Tyrolean.

His compatriot Matt won bronze at the 2018 Olympics in South Korea and silver at the World Cup in Aare in 2019. “For me that was the best feeling at the Olympics back then,” he said. “Now I feel good again. I think that what is possible,” he made it clear that a medal is the goal again. “Of course you have to be a bit lucky that day that the hundredths are there or that the other person is not performing one hundred percent.”

As for the document, “it will be more of a salt game and a bit of a soft thing. We also know that we are not that bad,” said Feller. Matt also trained specifically for the fact that on a slope in the Ötztal, coaches “prepared the slope with a hose and salt”.

The  fourth ÖSV starter Pertl was initially happy about his participation, for which he outpaced the Tyrolean Fabio Gstrein – also because of the better start number. “But if I’m already at the start, I would like to deliver a good race,” said the Carinthian. Thalhammer: “We are our biggest critics ourselves” 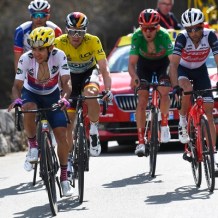 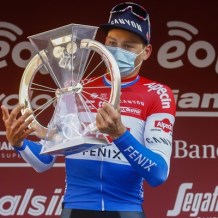 The 20 best bargains after Black Friday

Fans are disappointed with the “Helene Fischer Show” on ORF –... 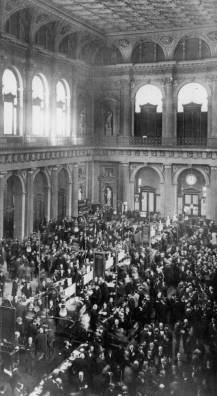 Vienna Stock Exchange celebrates its 250th anniversary – Beethoven was one...

Coronavirus – 105,342 reservations for vaccinations in Burgenland

Corona in Berlin: the seven-day incidence rises to almost 200