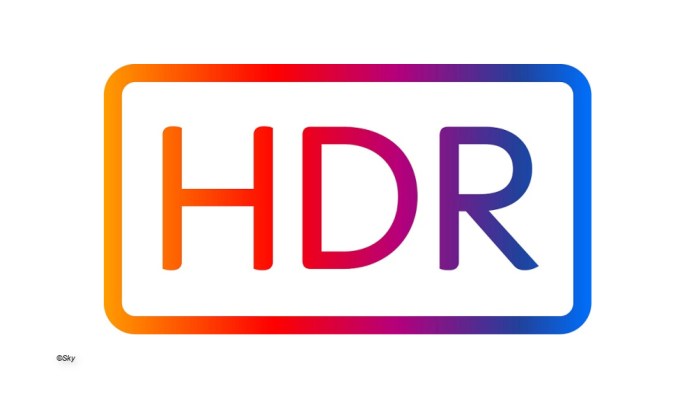 After the successful start with the top games of the Bundesliga and selected games of the Champions League in autumn 2020, Sky is further expanding the program offering in UHD and HDR.

Many millions of televisions and home cinema projectors in Germany are now UHD HDR-capable – and Sky Q supplies the right program for them.

“Das Boot” and “Gangs of London” in UHD HDR

From now on, series fans will also get their money’s worth and enjoy with Sky Q many popular and award-winning Sky Originals not only in UHD, but also in HDR. Right from the start in February and March, the successful German series “Der Pass”, “Das Boot” (Season 1 + 2), “Hausen” and “8 Tage” will be available on demand in HDR.

Even more program in UHD HDR

Further Sky Originals in UHD HDR are continuously being added. It is also planned to offer more series, as well as feature films and documentaries in UHD HDR in the future. And there will also be further increases in live sports:
For example, there are plans to broadcast Formula 1 races (DIGITAL TELEVISION reported) and other major sporting events in HDR in addition to football.

The re is also good news for sound fans: After the highly acclaimed start with “Das Boot” (Season 1 + 2) last year, the other German originals “Der Pass”, “8 Tage”, and “Hausen” are now also available with Sky Q is available for the first time in Dolby Atmos 3D audio format. As another brand new highlight, customers with the Sky Cinema package can experience the blockbuster “Wonder Woman 1984” before the cinema release with Sky Q in UHD and Dolby Atmos (English and German).

Max Ehrhardt, Director Product Management Residential at Sky Deutschland: “Sky Q is the perfect destination for all fans of pure emotions and the best picture quality. Customers with the UHD option will in future experience unique Sky Originals and exclusive live sports events from Sky on just one platform, also in HDR at no extra charge, plus the program highlights from Netflix, Prime Video, or YouTube, also in UHD and HDR. And for sound enthusiasts, the range of titles with unique Dolby Atmos sound is growing. ”

In order to watch the exclusive Sky programs in UHD and HDR, customers first need a UHD (4K) and HDR-compatible television. In addition, a Sky-Q receiver and the appropriate program package (Bundesliga, sport, cinema,
Entertainment), plus the bookable UHD option. For Dolby Atmos, Atmos-capable devices such as sound bars, speaker sets, smart TVs or AV receivers must be connected to the Sky-Q receiver.

“Have been tested” – this is how the anniversary edition of...

Trump’s Minister Pompeo is planning celebrations with 900 guests – despite...

Corporate responsibility – No expansion of liability rules for corporations –...