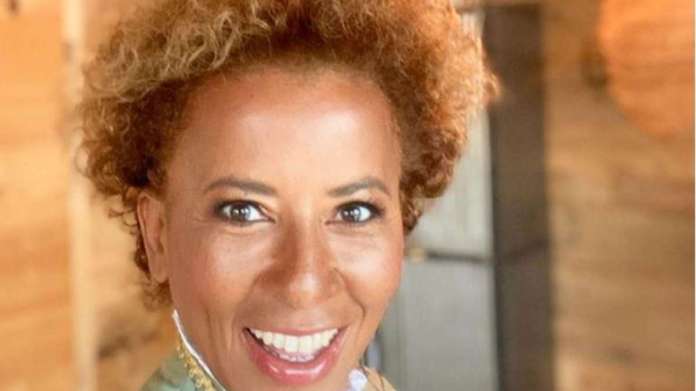 The  popular talk show host Arabella Kiesbauer is back on German TV. She is a guest on the show “Small against Big” and faces a musical duel.

The n you can probably remember the TV presenter Arabella Kiesbauer. With exciting guests, exciting stories and a top look, Kiesbauer guided millions of viewers every day through her talk show “Arabella” of the same name. Her program was broadcast on ProSieben from 1994 to 2004. After that, it was quiet about the popular presenter.

The  51-year-old has been back on TV for a long time – among other things, she moderated the Austrian version of “

Now the popular presenter is back on German TV. On Saturday evening (February 20th) she will be a guest on the show “Small against Big” and face exciting duels with other celebrities. Your task: you have to face a musical challenge.

The  11 year old Swantje is a big Abba fan and can already recognize the songs of the successful band by just a few tones. Can Arabella Kiesbauer keep up and also recognize the songs within a few seconds? Prominent guests such as Sven Hannawald, Emilia Schüle, Wigald Boning, Sascha Huber, Martin Rütter, Jürgen Vogel are expected.

“Small versus big”: Arabella Kiesbauer is a guest – presenter Kai Pflaume is enthusiastic

“Nice to see you again on German television” commented Kai Pflaume on a picture of the presenter on which she can be seen on the show.

The  51-year-old retweeted the post on Instagram. Her fans also seem to be happy about the German TV comeback: “Great! I’m really looking forward to tonight, “said one user. In a few days the presenter can be seen again on Austrian TV.

The  51-year-old will host the music show “Starmania 21” at the end of February. This involves 64 talented singers who have to prove their skills in front of a jury.

A source reveals: Meghan only has contact with this royal family member

“Star Trek” Legend Returns: How It Came to TV Comeback

Russia participates as the “Team of the Russian Federation”

Clear-cutting in the Amazon | DiePresse.com

Licking wounds in the Innsbruck coalition after Schwarzl was voted out...

Which Covid-19 vaccine is right for me?

This is how Bitcoin, Litecoin & Co. develop on New Years...