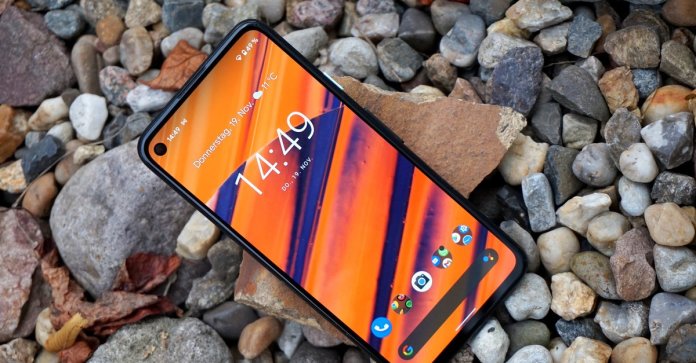 With Android 12, Google is giving the operating system a new coat of paint. This also includes a feature that smartphone owners have long wanted.

The  focus is on background images, which will play a much greater role in the future.

Months will pass before the final release of Android 12.

The  finished version of the new operating system is expected in September. Last week, however, Google released the first developer preview of Android 12. Hidden deep in the source code, more and more features are emerging that have not yet been officially announced.

The se innovations also include a theming function, as reported by XDA Developers. This means that the Android operating system should be automatic in the future adapt to the look of the background image. If the wallpaper shows a lot of orange tones, the controls in Android 12 are also colored orange. This can be clearly seen in the example images:

Among other things, the Quick toggle of quick settings, the background color of the notification bar and also accents in the new settings in Android 12 should be based on the color scheme of the background image. Anyone who attaches great importance to an individual, but above all uniform look for their smartphone, will certainly appreciate the new feature in Android 12.

For fun in between:

Manufacturers of Android smartphones have been offering extended theming functions for a long time, above all Xiaomi, Huawei and Samsung. As an Android developer, Google is simply following suit and integrating a feature which is part of the standard equipment in Android interfaces such as MIUI or One UI.

The  situation is similar with the one-handed mode or app pairs, which could also move into Android 12. So the latest version of Android is, in many ways, homework that Google has accumulated over the years and is now doing.

For the first time over 35,000 US dollars: Bitcoin pulverizes its...

around 460 employees in Saarland affected

Appreciation: US Treasury Secretary-designate Yellen against targeted weakening of the dollar...