Prince Philip has been in the hospital for about a week.  The  exact reason is not known, the palace calls it a precaution. Now his grandson Prince William is giving a health update.

The  British fear for Prince Philip. Queen Elizabeth II’s 99-year-old husband was hospitalized last Tuesday. According to the palace in London as a pure “precautionary measure” on the advice of his doctor. What the Duke of Edinburgh suffered from remained a private matter.

On the weekend Prince Charles had visited his father in the hospital.

The  heir to the throne had traveled a long way from his country estate near Bristol, thus fueling concern for Prince Philip. Because due to the corona pandemic and the strict lockdown in Great Britain, visits to the hospital are actually only possible under exceptional circumstances.

But Prince William was also allowed to visit his grandfather in London’s King Edward VII Clinic. During an appointment at a vaccination center, the 38-year-old gave an update on Prince Philips’ health. “He’s okay,” William said, according to the British Daily Mail, stressing that doctors “will continue to keep an eye on him.”

The  father of three is said to have winked at the journalists. This has been taken by many as a sign that the Duke of Edinburgh’s condition cannot be overly dramatic. However, William did not reveal any details about his illness.

Prince Philips hospitalization should not be related to Corona.

The  Queen and her husband both received their first corona vaccination in January.

Playable PS2 games such as God of War and Shadow of...

How realistic are privileges for vaccinated people?

HSV wins thanks to defensive dropouts against SV Sandhausen

Police investigation in Stuttgart: How the drunk thief got the craftsman’s... 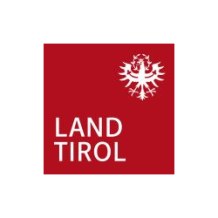 Health authorities are investigating the possible source of the alleged case...

Alpine skiing: Liensberger on the way up

CoV vaccination: Federal states decide where and how