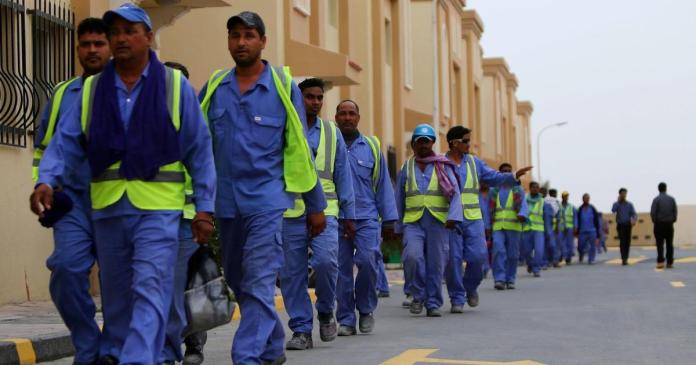 According to research by the British, Qatar, the host country of the 2022 World Cup, has been in the past ten years Guardian more than 6,500 workers from five Asian countries died. These are workers from India, Pakistan, Nepal, Bangladesh and Sri Lanka, the newspaper reported on Tuesday. The figures have been compiled from government sources.

The actual number of migrants who died during this period was significantly higher, as workers from other countries also came to the emirate, he wrote Guardian. On request, Qatar’s government press office said that the emirate was home to more than 1.4 million people from all walks of life from these countries. Millions more have lived in Qatar in the past ten years and have returned home. A “small percentage” is different from these millions of people. The death rate is in a range that can be expected for this size and this demographic composition.

The 2022 World Cup was awarded to the rich emirate in 2010. The country is repeatedly criticized internationally for the exploitation of guest workers. Qatar’s government, on the other hand, says that reforms in recent years have significantly improved the situation of workers. Human rights activists also admit progress, but warn that the reforms are inadequately implemented.

Dem Guardian According to 69 percent of those who died from India, Nepal and Bangladesh, a natural cause of death was given. Among the guest workers from India it was 80 percent. According to the British newspaper, this cause of death is often due to acute heart or lung failure. Of the Guardian refers to the intense heat in Qatar during the summer. Qatar’s government, on the other hand, states that work in the open air is prohibited in the midday hours of the summer months.

The World Cup organizing committee has reported the deaths of more than 30 workers who were involved in the construction of stadiums in its own regular reports since 2015. The vast majority of these cases are not related to work on the construction sites.

AstraZeneca signed with the British after the EU

Judge Hohenecker: “There is no doubt”

Thousands of ravers defy the police in France

Oliver Pocher publishes Michael Wendler message on the birth of his... 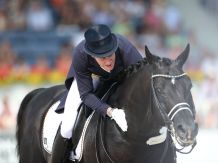 The most expensive horse in the world dies of a colic...