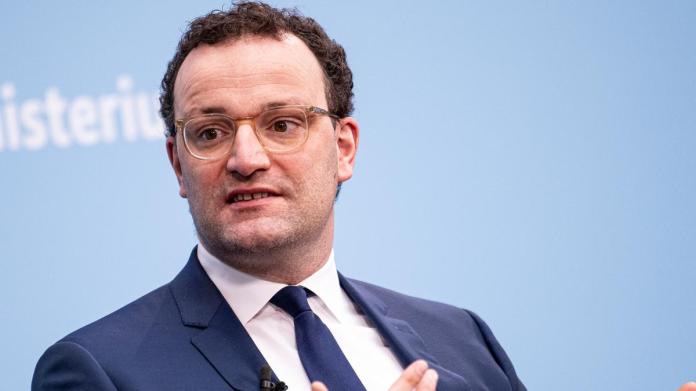 Germany Spahn at a public talk

“Maybe we all need a third vaccination, we don’t even know that”

Health Minister Jens Spahn answered questions from citizens during an online discussion on the subject of corona vaccination.

The  CDU politician promoted the AstraZeneca vaccine. However, he could not answer a citizen’s question.

NAfter immunization with the AstraZeneca vaccine, according to Federal Health Minister Jens Spahn, a re-vaccination with another active ingredient is conceivable at a later date.

The  CDU politician said on Saturday at a question and answer session with citizens that this was “possible without any problems” if all those willing to be vaccinated were vaccinated at the end of the year and the vaccine was still available.

A 58-year-old man from Nuremberg, who is himself a risk patient and cares for his father, asked whether he could later be vaccinated with the vaccine from the manufacturers Biontech / Pfizer or Moderna after vaccination with the active ingredient from AstraZeneca. Spahn replied in the affirmative and added: “By the way, we all need a third vaccination, we don’t even know whether we all need another one after twelve or 24 months.” This could be necessary, for example, if the immunity is only due to the vaccination lasts for a certain period of time, as is the case, for example, with the annual flu vaccination – also due to mutations. However, Spahn emphasized that it was important that the first two doses of the vaccine were given at the prescribed interval.

However, the president of the Paul Ehrlich Institute (PEI) responsible for vaccines, Klaus Cichutek, said that nothing was known so far about “whether you can take another vaccine later, and maybe another one in a year To boost the protective effect “. However, clinical studies have already started.

Spahn once again strongly promoted the AstraZeneca vaccine during the question and answer session. He emphasized that the vaccine also offered “very, very good” protection if, according to studies, it was effective in 70 percent of those vaccinated. Regarding reports of people who had called in sick for a day after being vaccinated with the active ingredient from AstraZeneca, Spahn said that this was the expected vaccination reaction. “Those who are currently receiving the offer are privileged,” emphasized the Minister of Health.

Spahn said he assumed that the vaccine from the British manufacturer Johnson & Johnson would be approved in the next two to four weeks. Regarding the Russian vaccine Sputnik V, the health minister said the active ingredient would be examined when all the data were submitted.

The re are no concerns about the vaccine due to its country of origin. “

The  virus has no nationality.

The  vaccine either, ”stressed Spahn.

Jens Spahn could not answer a question from a citizen.

The  woman from Cologne wanted to know when she could be vaccinated. She takes care of her mother and is therefore a contact person. “How is the vaccination of the contact person regulated? Nobody knows. “

Spahn admitted that he couldn’t give her a specific answer. As a contact person, it will soon be her turn in the second prioritization group. However, it is currently still unclear how it can be made clear who a contact person is. “We’re in talks with the countries,” said Spahn. However, the implementation is still unclear.

Oppo A53s in the test – budget smartphone for less than...

Almost free FFP2 masks from pharmacies: where are the health insurance...

“Sex and the City” comeback – a star does not participate...

Tug of war for Bavaria’s super talent: How does Jamal Musiala...

LCD TVs with mini LEDs are also high-end in price