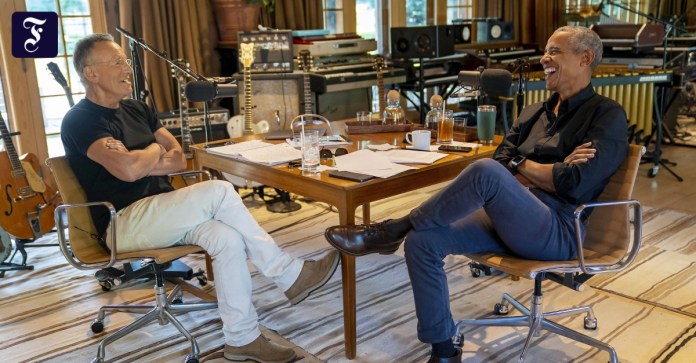 Bruce Springsteen, Barack Obama, Billie Eilish and finally an appearance by Justin Bieber: In the almost two-hour digital event “Stream On”, Spotify presented many more familiar faces. Primarily, however, it was an opulently made all-round view of the company’s own shops and various innovations. Briefly hinted at at the beginning by boss Daniel Ek, the biggest news, dramatically fitting, came shortly before the end: Spotify is starting in 85 new markets.

The  markets in Africa, Latin America, Europe and Asia include, for example, Pakistan, Nigeria and Sri Lanka. All together represented more than a billion people, it was said. With the launch in the coming days, 36 more languages ​​will also be added. Spotify was only launched in South Korea at the beginning of February, the sixth largest market in the world for music recordings according to the Ifpi industry association and is now in 93 countries.

In the course of the year, Spotify will also introduce a hi-fi subscription “in selected markets” that will offer “CD quality”. No price was named. Both the smaller competitor Deezer and Amazon already have a hi-fi offer that costs 14.99 euros in Germany or 12.99 euros for Amazon Prime customers.

Spotify had 155 million subscribers and 345 million monthly active users as of the end of 2020. According to numbers from June 2019, Apple Music has 60 million subscribers. Amazon reported 55 million paying users in early 2020. Both offer no free with lower sound quality and commercial breaks.

Obama and Springsteen get podcast

With a view to the area of ​​podcasts, in which Spotify has spent a lot of money in the past few months for takeovers of companies specializing in marketing or production, a new tool for placing advertising “on and off Spotify” was announced.

The re will also be a partnership with WordPress to help bloggers put their texts in podcasts.

The re are currently a good 2.2 million podcasts on Spotify, including 50,000 German-language formats. An increase in advertising income, which so far only accounts for around 10 percent of Spotify’s sales, is one goal of the expensive podcast offensive.

The  strong focus on podcasts is also due to the fact that Spotify transfers two thirds to 70 percent of its income to the rights holders of the music.

A growing proportion of podcast listeners makes the Swedish company less dependent on the music industry. Exclusive podcasts with prominent hosts are also intended to set Spotify apart from the competition, as the services’ music catalog is largely the same.

The  newest star team was also announced: Obama and Springsteen. Your podcast will be called “Renegades: Born in the USA”.

Internet acquaintances are not a reference person in Carinthia – 5...

Number of new corona infections in Germany continues to fall –...

Belvedere gets a branch in Salzburg

How the parliamentary elections in Romania could turn out