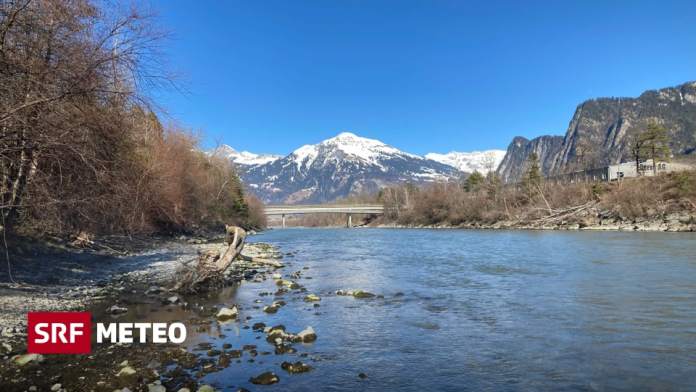 On Sunday and Monday there were numerous new February highs in Switzerland. On Sunday, the hair dryer in Sevelen reached 21.9 degrees. It has never been warmer there in February.  The re were also new February highs in Glarus and on Monday in St. Gallen and Meiringen as well as on the Hörnli.

On Monday the hair dryer got weaker, but it was enough for more new February records. In St. Gallen there were exactly 18 degrees. This clearly exceeded the old February record of 17.2 degrees from February 27, 1994. In Meiringen, 18.5 degrees also meant a new February record, and the foehn was also involved there. Record also on the Hörnli in the Zurich Oberland.

The re were measured 15.8 degrees on Monday. This was only possible because the foehn reached from the Alps to the Zurich Oberland.

The  other foehn areas were also close to the record. 19.1 degrees were measured in Glarus on Monday.

The  previous day’s record was narrowly missed, but it was still above the old record.

The  second-highest February value was also recorded in Altdorf with 19.8 degrees. It was only warmer there in February 1998.

From a meteorological point of view, spring does not begin until next Monday, but the maximum temperatures remain spring-like up to and including Thursday and correspond to the afternoon temperatures on an average afternoon in April. Thanks to Hoch «Ilonka», temperatures of up to 20 degrees are possible on Wednesdays and Thursdays, especially in the Rhone Valley and the Bündner Herrschaft, but also in southern Ticino. Local records are possible again.

Farmer is looking for a wife: does Patrick have two girlfriends...

In short: vaccination alliance with Israel not directed against the EU...

No more “corpses”: Miriam Stockl removed from the Rosenheim cops!