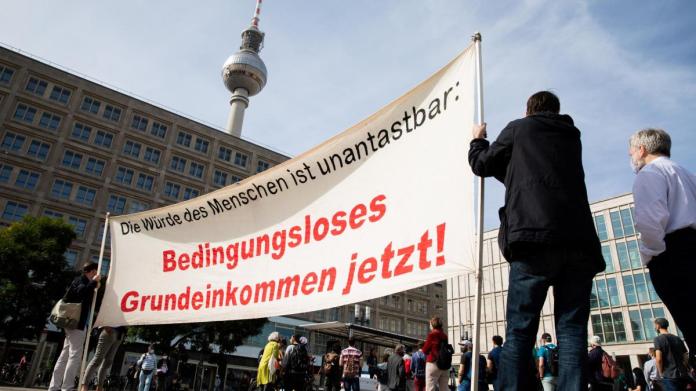 Dhe dream of money without consideration is more present than ever in Germany. In the wake of the pandemic, for example, supporters petitioned the Bundestag to try to implement an unconditional basic income (UBI) as a solution to the crisis. With the Greens, the first party has even written in its basic program to orient itself towards the idea of ​​a BGE in the future. A group of proponents now want to use the current upswing for the next step: namely to carry out a state-funded experiment.

The  initiator is the “Expedition Basic Income” association, which has already undertaken several attempts at country level to test a UBI. Now he wants to top it up at the federal level with a pilot project: up to 10,000 participants should be entitled to a monthly basic income of 1200 euros for three years. “We want to find out how such a payment works.

The re are many different models about which too little is known in the debate ”, says Laura Brämswig, one of the founders of the association.

Among other things, she is concerned with the effects on health, consumer behavior and the social and economic situation of the participants. It should start with the test of various approaches according to your ideas from 2023.

The  scientific support has already promised the German Institute for Economic Research (DIW), which is currently working on another basic income attempt.

Referendum when one percent of the population votes for it

The  big difference of the new project: It starts in the municipalities and should also be paid for by them. “As of February 23, all cities and municipalities in Germany are invited to take part in this pilot project,” says Brämswig. First of all, citizens could vote online on the association’s website for their city or municipality to participate. Where there are enough people – namely at least one percent of the population – the Basic Income Expedition plans local referendums. By April at the latest, teams of volunteers should organize citizens’ petitions on site. Alternatively, the municipality or city council can decide to participate, says Brämswig. At the end of 2021, all the municipalities that will take part in the experiment will be determined.

The n research designs are developed and test groups formed to test different variants of the BGE. One person per 1000 inhabitants should take part.

The re is also a comparison group that does not receive any payment. All variants are based on the negative income tax. Accordingly, the participants do not automatically receive a fixed amount of 1200 euros each month, but would theoretically be entitled to it. However, this entitlement is offset against the respective income tax liability.

“Anyone who is above a certain limit with their income tax does not receive a basic income,” says Brämswig. Those who are below receive a state transfer, formally a tax refund. “We didn’t choose this shape because we think it’s better than others,” explains the founder. Rather, it’s about feasibility. And there is only the negative income tax, as it can be integrated into the existing tax and social system.

First prominent supporter for the association

This causes costs for the cities and municipalities – according to preliminary estimates, 30,000 euros per participant. Ten percent is used for general expenses such as research and administration, and 27,000 euros are available for basic income payments. Spread over three years, an average of EUR 750 basic monthly income per person could be paid out, which the association seems to be sufficient, since the calculation of income tax precedes it.

The  initiators have prepared an exemplary cost calculation for Leipzig: With around 605,400 inhabitants, the city would pay 18.2 million euros and send 605 participants for the test groups. As soon as more is known about the participants, the research partners want to refine the calculation.

Brämswig believes the Corona crisis is a good time to find support. “A lot of people are currently afraid of what their future will look like,” she says. “A basic income could better cushion upheavals and create more security and freedom for society.”

How great the support is at the local level remains to be seen. According to the invitation, the Mayor of Flensburg, Simone Lange (SPD), will also take part in the press conference, which will take place on Tuesday. She had already stated in the past that she would like more discussion about the unconditional basic income.

The  green mayor of Tübingen, Boris Palmer, had earlier also shown interest in it. On request, a spokeswoman said that he had not yet had an opinion on the initiative. In Berlin, the red-red-green coalition under the governing mayor Michael Müller (SPD) has launched a project with a similar label: the solidary basic income. However, this is not about unconditional payment, but about placement in community service with collective bargaining or minimum wages.

The  generality is unfair”

If the Basic Income Expedition should gather enough supporters, he would be happy to take over the technical advice, says DIW researcher Jürgen Schupp. He is also coordinating the pilot project that has already started, which runs together with the “Mein Grundeinkommen” association and finances a UBI for 120 participants for a similar period of time through grants from civil society;

The  first payouts will be made here in June. “With the planned public funding, my skepticism is a little greater as to whether this can be realized,” he says. However, it is necessary to test new models of social security.

Other economists are fundamentally more critical of experiments in this field. Henning Vöpel, Director of the Hamburg World Economic Institute (HWWI), believes that the procedure by means of a referendum is basically feasible. As long as it is not a question of changing social legislation, a decision on the financing of such a project can be made in the municipalities. However, he considers the possible gain in knowledge to be manageable from the outset. “

The  conditions of a model test can never be fully transferred to reality,” he says. Because people would know, for example, that after the trial period they would have to rely on their self-earned money again.

Anyway, he has doubts about a UBI itself. “

The  generality is unfair,” he says. Instead of integrating everyone into a new system, it is better to reduce stigmatization in the existing Hartz IV system. From his point of view, there is also a danger with the UBI: that the state is no longer so concerned about getting people into work. “But that has to be the top priority,” says Vöpel. It is not just about money, but also about participation. That is why the state should invest more in education than promoting a system change – also because the labor market will change significantly.

Dominik Enste from the employer-related Institute of the German Economy (IW) has similar concerns. To improve Hartz IV is the right way. “This ensures that we help those who really need it,” he says. He does not consider the current situation, in which many people fear for their existence, to be a convincing reason for a UBI. “

The  proponents have so far cited every type of upheaval as a good argument for a turnaround: digitization, financial crisis and now Corona,” says Enste. At the same time, it has been shown in many areas that the welfare state works, for example with short-time work benefits. “Of course, the current crisis measures are time-consuming, and the state has not helped everyone as it should,” he says. Improvements are therefore absolutely necessary. But, that is his wish: in the existing needs-based system and not in an unconditional one.

Economic damage from the pandemic: has Berlin alone lost more than...

Numerous sets are much cheaper today

Tamedia survey on Corona – Swiss vaccination strategy is in place... 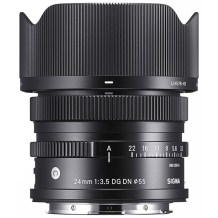