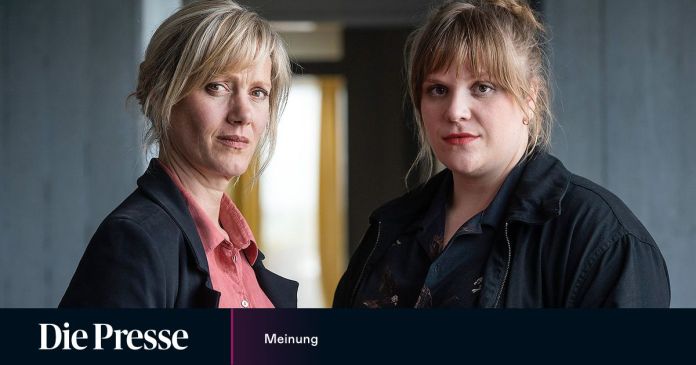 The  new “Tatort: ​​Ideal World” tells of racism and how fake news can destroy lives. A profound crime thriller with a new commissioner from Austria.

Right at the beginning there is riot and Bengal fires are lit. In the middle of the high-rise estate, there is war – Commissioner Martina Bönisch (Anna Schudt) stands in between and cannot believe it. “Heile Welt”, the new “Tatort” from Dortmund, begins with a fade-in to the end. A difficult topic has been tackled: a young woman is found dead in her basement. She was beaten to death, and apparently someone tried to rape her too.

The  suspect is a young Muslim who is officially known for drug offenses. He lives with his parents in the settlement, where they live close to each other – but keep their distance.

The  Harz IV recipients, the Jews, the Muslims, the right wing – everyone blames the other side for the murder.

“Ideal World” conveys the unease of this hostile neighborhood.

The  film shows how quickly a small spark in such a heated mood can lead to a fatal conflagration. In the end there is smoke everywhere and the injured drag themselves to safety.

The  police seem overwhelmed by the force of the unloading aggressions.

Bönisch on the verge of a nervous breakdown

Bönisch is hit: She is insulted as a “Nazi” on social media because she arrested the young Muslim without further ado – and a curious neighbor posted the video of it online. More videos will follow, completely out of context, spreading fake news about Bönisch and the police. What follows is a shitstorm on social media that drives the commissioner to the brink of a nervous breakdown. A good reputation is so quickly destroyed, even a life. Even the new one in the police station – Rosa Herzog – doubts whether Bönisch has not gone too far.

The  Austrian Stefanie Reinsperger equips this figure with fresh self-confidence: She’s going to stir up the police station, that’s for sure.

The  slow motions only make the images more haunting.

And what about your colleague Peter Faber (Jörg Hartmann)? He no longer understands the world since Bönisch had a serious admirer and avoided his car – “that stinks of a wet dog” – when possible because she prefers to drive with her new boyfriend. So Faber gets drunk and befriends a homeless man from the settlement, of all people. Faber is lonely and jealous. That suits him well, because this hard bone finally shows feelings – and in this gloomy case makes for little smiles. Unfortunately, neither the nostalgic “Sunshine Reggae” that he puts on nor the incense sticks in the car help him with Bönisch. Heads up!

“Starmania 21”: Hardly any “lumps in the mashed potatoes”

“Space Jam: A New Legacy”: Lola Bunny has a new look because the old one was “too sexualized”

Insight into the secret scripts for 2021!

How on in schools?

Snow on New Years in Berlin and Brandenburg