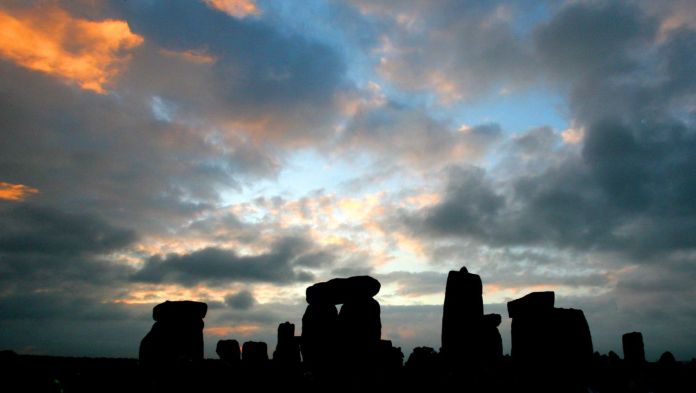 If the Stone Age people had one thing in abundance, it was, well, stones. And yet the designers of the huge Stonehenge monument in what is now the county of Wiltshire in the south of England around 5000 years ago decided to lift their heavy building material, some more than 200 kilometers from Wales. What are meant are the two to three meters high so-called bluestone.
It is already known in principle that the blocks were transported over long distances. British researchers led by Mike Parker Pearson from University College London are now presenting evidence of a sensational theory in the specialist magazine “Antiquity”: According to this, the monument had already stood in Wales for hundreds of years before it was moved to its current location.

A corresponding legend has existed in the region for a long time – but now the scientists have found evidence of this. Specifically, it is about the traces of a 110 meter stone circle in Wales. Like Stonehenge, this facility, called Waun Mawn, was geared towards the course of the year of the sun.  The  arrangement of the holes for the stones is the same as in Stonehenge. Even a very special shape of a particular bluestone fits “like a key and lock”.

The re are only four stones left on site, three of them lying.

The  rest was recycled in Stonehenge.

The  team assumes that the people of Waun Mawn have completely moved to England with their entire community. This is also indicated by isotope studies of human and animal bones from the site of Stonehenge, which indicate a life in Wales in earlier times. When moving, the Stone Age people might have wanted to take with them a connection to their past – the massive stones of their sanctuary.

“I’ve been exploring Stonehenge for 20 years now and that’s really the most exciting thing we’ve ever found,” Parker Pearson told the Guardian about the stone circle’s discovery.

The y were lucky that there were four stones left of the original circle. “Had they been brought to Wiltshire, we would never have found the stone holes in the circle, and I doubt archaeologists would have found them in centuries to come.”

The  newly discovered traces of the huge stone circle are only a few kilometers away from the so-called Preseli quarry in Wales, where the bluestones were broken out of the rock. It was already known that the stones had been extracted there around 400 years before Stonehenge was built. Incidentally, the remains of hazelnut shells that had been used as a snack by the employees of the quarry helped with the dating.

Alison Sheridan, curator emeritus at the National Museum of Scotland and not involved in the current research, praises the new theory.

The  group had “handled very tricky data, but they came up with a brilliant hypothesis.”

Surprising wine export record in 2020 despite the corona crisis

District sets up bollards on Prinzregentenstrasse

Huge debate about opening schools in Berlin despite the lockdown –...