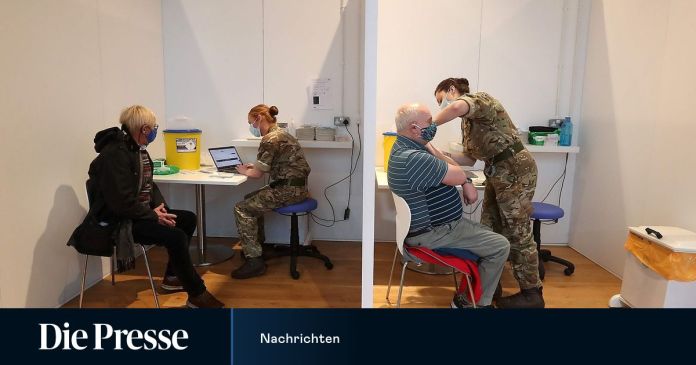 A data analysis by Scottish universities and the health authority shows that the likelihood of a serious Covid illness drops massively just a few weeks after the first vaccination dose with AstraZeneca.

Not a day on which new data on one of the vaccines against the coronavirus are not published: Analyzes published on Monday by Scottish universities and the health authority Public Health Scotland show that the first of the two vaccinations with the preparation from AstraZeneca increases the risk of hospitalization for Covid -19 reduced by up to 94 percent.  The se values ​​apply for the fourth week after receiving the first dose. It was compared how many percent fewer hospital admissions there were for those who were vaccinated for the first time than for people who had not yet been vaccinated.

The  number of cases evaluated is considerable, but the study has not yet appeared in a specialist magazine, including the necessary peer review.

The se results have shown a substantial effect in reducing the risk of hospitalization from a single dose of vaccine across the Scottish population,” said Jim McMenamin, director of coronavirus at Public Health Scotland, the statement said.

Can Israel Sit Back? | SN.at

After donating millions for research: Dolly Parton vaccinated against corona

Explosion in the corona test center in the Netherlands

Russia: Ex-Foreign Minister Karin Kneissl nominated for the supervisory board of the oil company Rosneft

US Intelligence: Potential plot for US Capitol attack uncovered

Assault on Capitol – US reveals plan for new attack on Capitol

Capitol in Washington: US authorities warn of new attack

After Astrazeneca stopped: South Africa wants to vaccinate with Johnson &...

Podium in all disciplines – Michelle Gisin: The all-rounder – sport