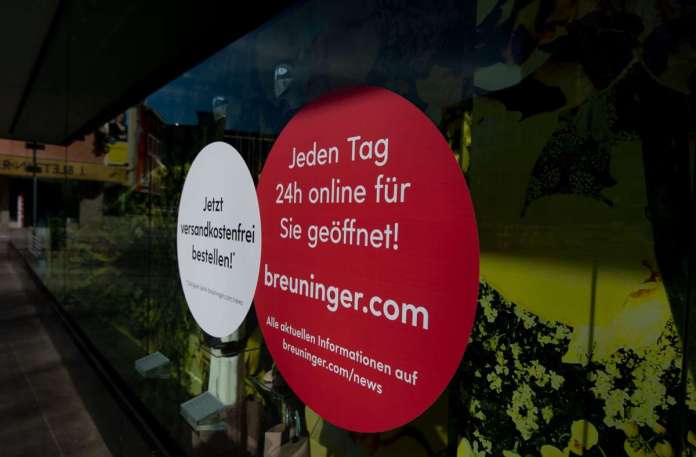 The  trading company Breuninger wants to reopen its houses after weeks of the corona lockdown. To this end, the traditional company from Stuttgart has submitted an urgent application to the Mannheim Administrative Court.

The  appeals from high-turnover trading companies in the republic for financial support in the corona crisis and an early opening have not been fruitful in Berlin.

The  companies, including the trading house Breuninger, now see themselves in an existential crisis.

The  month-long lockdown is taking its toll. You need perspective and you want to be treated fairly, said s.Oliver CEO Claus-Dietrich Lahrs to our editorial team.

From 35 could be opened

Breuninger himself has now drawn conclusions from the further uncertainty. Hairdressers will be able to serve their customers again from March 1st after an appointment has been made in advance, which also applies to the studios in Breuninger’s houses, but whether retailers will be able to open after March 7th is still uncertain.

The  Federal Government has declared that further steps could be “cautiously and gradually” against the background of the virus mutants.

The  next opening step could take place with a “stable 7-day incidence of a maximum of 35 new infections per 100,000 inhabitants by the federal states.

The n retail should be able to open with a limit of one customer per 20 square meters.

Breuninger has submitted an urgent application to the Administrative Court of Baden-Württemberg in Mannheim on the subject.

The  1st Senate, which deals with questions about the restrictions caused by the corona crisis, met for a longer discussion this Tuesday. It is unclear whether the trade issue will be decided.

According to the decision from the video conference between Chancellor Angela Merkel and the Prime Minister, this opening should only take place nationwide. With neighboring areas with higher incidences “common precautions should be taken to avoid cross-border use of the open offers as much as possible,” it says. In the districts of Ludwigsburg and Böblingen, in which Breuninger has houses, and in Stuttgart with the Breuninger parent company, the value has fallen below 35 for a few days. In the nearby district of Calw it was still 72.9 on Tuesday in the urban district of Pforzheim at 50.8, in the district of Karlsruhe, where Breuniger is also represented in Kaiserstraße in Karlsruhe, 66.5.

Merkel in corona paralysis? CDU man calculates badly: “There is...

New rules: This applies from today at Rewe, Edeka and Co.

German shepherd bites terrier: dog dies in the arms of a...

When do schools and daycare centers in Rhineland-Palatinate open again? ...