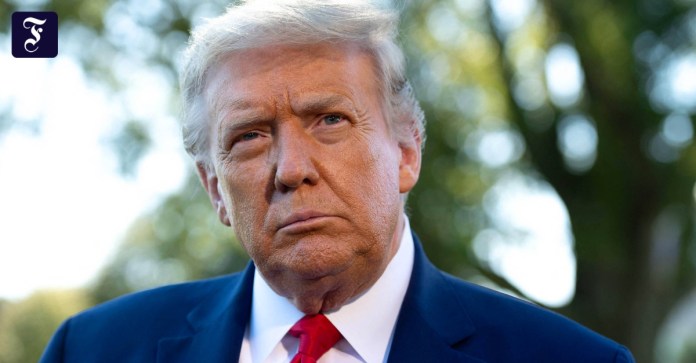 In the dispute over his tax documents, the former American President Donald Trump is increasingly in distress.  The  Supreme Court on Monday rejected Trump’s request to prevent the New York prosecutor from disclosing his tax documents. For Trump, the decision is a heavy defeat in a long-running legal battle that had already reached the Supreme Court in the summer.

The  Supreme Court had denied Trump, who was still in office at the time, “absolute immunity” in the dispute in July and granted the district attorney in Manhattan the right to inspect Trump’s financial records.

Trump has long tried to prevent his accounting firm Mazars and the credit institutions Deutsche Bank and Capitol One from handing over his financial and tax records. Critics therefore speculate that he has something to hide.

The  United States has a long history of issuing financial and tax records to government officials. Trump has always refused to do this.

The  Manhattan prosecutors want to see Trump and his companies’ tax records over a period of eight years. Prosecutor Cyrus Vance had requested documents from the Mazars accountancy firm under threat of punishment.

After an analysis, security company recognizes a security meltdown on Swiss...

Salzburg beats Lok Moscow and is allowed to dream

Doctor certain: Diego Maradona’s death was “a kind of suicide”

Two retirees as saviors and an overwhelmed board