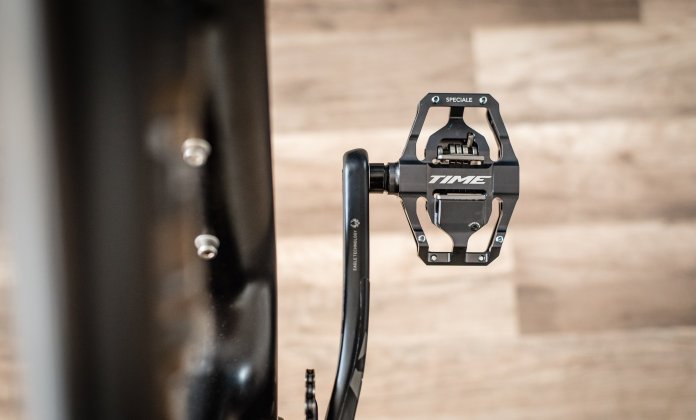 The  US manufacturer SRAM buys the pedal division from Time – the bicycle frame production also has a new owner. Here is the information about the takeover, which promises new security after the last failure of the Time sale.

SRAM announces the “takeover of the entire range of racing and mountain bike pedals, cleats and all associated patents of the French company Time Sport from the Rossignol Group”.

The  transaction was completed on February 18, 2021, according to the press release today.

Time from Nevers, France, launched its first proprietary clipless pedal system for racing bikes in 1987. It defined a new pedal ergonomics by improving the freedom of movement and the distance between the foot and the pedal. Mountain bike pedals from Time followed in 1993. Street and MTB pedals were ridden to victory by legends such as Julien Absalon (FRA), Greg LeMond (USA), Tom Boonen (BEL), Anna van der Breggen (NED) and Miguel Indurain (ESP).

Time is a legendary brand and it was the first to focus on the ergonomics of the pedaling cycle. We will work to preserve Time’s history and legacy and continue its heritage of innovation and quality.

SRAM has already expanded its product platforms through acquisitions in the past. SRAM’s strategic acquisitions include RockShox, Avid, Zipp, Truvativ and Quarq.

Time’s bike division has been acquired by the Cardinal Cycling Group, including all related patents, trademarks and ownership of Times’ RTM composite factory, according to SRAM announcement.

The  Cardinal Group is owned by the American Tony Karklins, founder of Allied Cycle Works and former managing director of Orbea USA, and the Frenchman Martial Trigeaud, industrial engineer and former elite cyclist.

Time is a brand full of passion, history and real innovation. We are honored to lead Time into the future and advance resin transfer molding technology in the cycling industry.

For the service, customers should continue to contact Time for product service and support during a transition phase until mid-2021. SRAM wants to continue to produce time cleats and parts, as stated in the FAQ about the takeover. In the MTB News test, the mountain bike-specific Time Speciale 12 pedal was quite convincing.

In June 2020, Rossignol had announced the sale of Time to the pedelec manufacturer Whattfornow – but the deal failed.

What do you think of the latest Time takeover?

US governor threatens to be punished: “Wants vaccine in arms …

“Would like to come – wait for instructions”: Washington in fear...