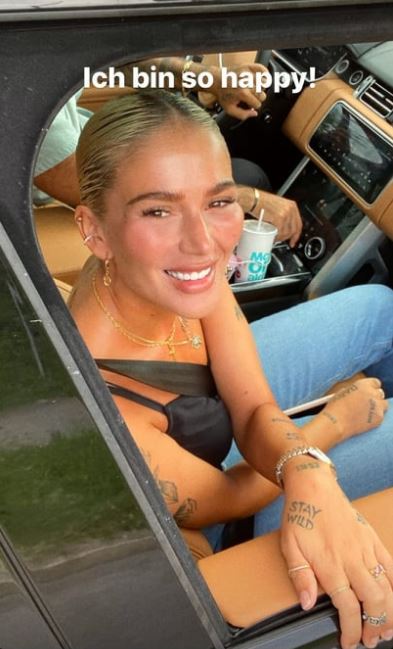 The  rapper recently attracted attention mainly due to negative headlines. Now baby rumors are germinating. Is she also firing Loredana herself now?

The  wave of hatred against them was too great.

The  main reason was the trial with Petra Z.

The  musician is said to have made almost half a million euros off her.

Meanwhile the waves seem to have at least gradually smoothed out.

The  rapper showed herself arm in arm with her alleged victim in a café.

The  money she paid back, it said in a statement.

The  process has been discontinued.

Loredana’s relationship status is currently being hotly debated. So the fans suspect that she is back with her ex-husband Mozzik.

The  two have so far not commented on the rumors, but can always be seen together in public.

Now there is another suspicion: Loredana is supposed to be pregnant again!

The  Albanian media in particular are convinced that the musician is expecting a second baby. She already has a girl with Mozzik. Loredana reacts provocatively to the news as usual. She posts a photo on Instagram in a loose polo shirt. Under it she writes “Baby blue” and hangs a pacifier. Can you take that as confirmation? In the end there is nothing left for us to do, except to wait and see.

Discovery is also starting its own streaming service

“I am a star” replacement show: This is how the jungle...

Government – Stuttgart – People exchange ideas on the pandemic in...

Butts had to be made up for “Bridgerton” sex scenes