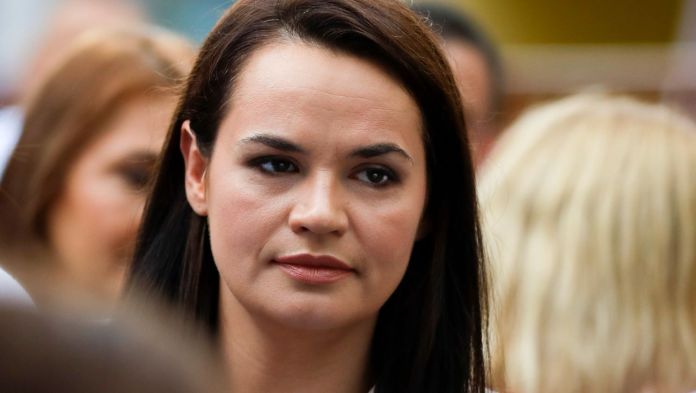 Six months ago, the alleged re-election of Alexander Lukashenko sparked mass protests in Belarus. Although the regime cracked down on the demonstrators with great severity, the country did not calm down for months. According to opposition politician Svetlana Tichanowskaya, the mass protests have failed for the time being.
“I have to admit that we lost the streets,” Tichanovskaya told the Swiss newspaper “Le Temps”. “We have no way of combating the regime’s violence against the demonstrators. You have the weapons, you have the strength. So yeah, at the moment we seem to have lost, ”Tichanovskaya admitted.

The  road to democracy is therefore taking longer than planned, added Tichanovskaya.

The  Belarusian opposition is now building the structures “for the struggles of tomorrow”. “Our strategy is to organize ourselves better and to put the regime under constant pressure until the people are ready again, maybe in the spring, to go out on the streets again,” said the opposition politician.

Since the presidential election in August, tens of thousands of opposition supporters have taken to the streets against the authoritarian leader Lukashenko, who has ruled authoritarian since 1994.

The  opposition accuses him of massive electoral fraud.

The  Belarusian security forces cracked down on the demonstrators. Thousands were arrested and reportedly severely ill-treated.

Tichanovskaya, who ran against Lukashenko in the election, has fled abroad like many other prominent opposition politicians. She currently lives in Lithuania. In the interview with »Le Temps« she announced that she would soon be visiting Switzerland. She wants to lobby the government in Bern to freeze Lukashenko’s possible assets in Switzerland.

The  Kremlin announced a few days ago that the meeting is scheduled for next Monday.

The  two politicians last met in the Russian city of Sochi in mid-September. Putin promised the financially troubled neighboring country a billion-euro loan. This time, however, it should not be about further financial support, said Lukashenko.

The re were important issues to be discussed, such as how the country’s defense and security could be guaranteed.

Frankfurt: Disturbance on the S-Bahn route: failures and diversions in rush...

Germany in the Corona Crisis – From the envied role model...

Optimism in Tyrol’s economy after a drastic Covid year

Disney + relies on Star Wars and Marvel in a pack...

Heart damage from Covid 19 disease – even without corona symptoms?...