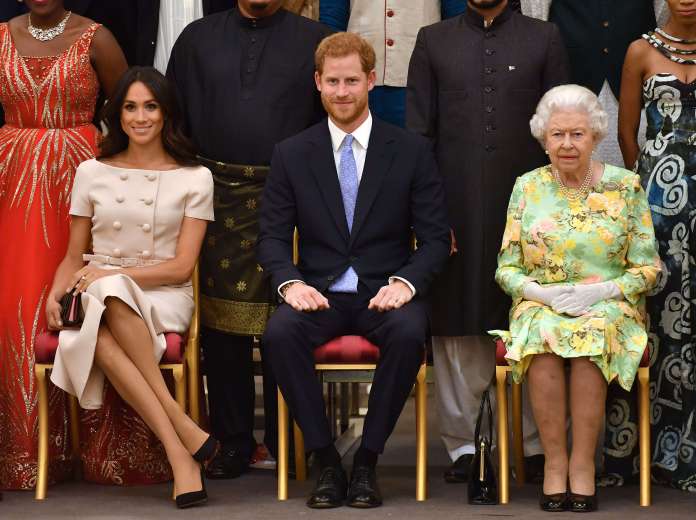 Queen Elizabeth could now swipe at Prince Harry and Duchess Meghan. Because on the day of her big TV interview, of all things, the queen also gives a speech.

The  whole world is eagerly waiting for March 7th. On that day, Oprah Winfrey’s interview with Duchess Meghan and Prince Harry will be broadcast.

The re is already a lot of excitement. Are the Sussexes really going to reveal intimate details? What secrets will they reveal?

The  talk show legend’s best friend, Gayle King, stated that there are no bans. Oprah Winfrey can ask anything.

Coincidence or not: March 7th is also the traditional Commonwealth Day. Exactly on this day a year ago, Duchess Meghan and Prince Harry had their last public appearance with the Royals. So is there a greater symbolism behind the chosen broadcast date?

This year the royals will not meet for the memorial service at Westminster Abbey.

The  reason for this is the ongoing pandemic. Instead, there will be a televised address from Queen Elizabeth. Does she want to compete with Prince Harry and Duchess Meghan for the limelight? And what will the queen say?

We’re really pleased to tell you that @BBCOne will broadcast A Celebration for Commonwealth Day on 7 March.

The  special programme replaces this year’s Commonwealth Day service which is unable to go ahead due to the pandemic, and will include a special message from HM

Presumably, Queen Elizabeth will not directly mention her grandson and his wife. But the 94-year-old often reveals a lot between the lines.

The  sight of her desk is always a topic of conversation.

The re are always photos of each family member on it, who are supposedly particularly popular with the Queen. In their last speeches, however, a picture of the Sussexes was always missing. So it will be exciting to see what comes to light on March 7th.

Better than AC / DC: Daniela Alfinito storms to the top...