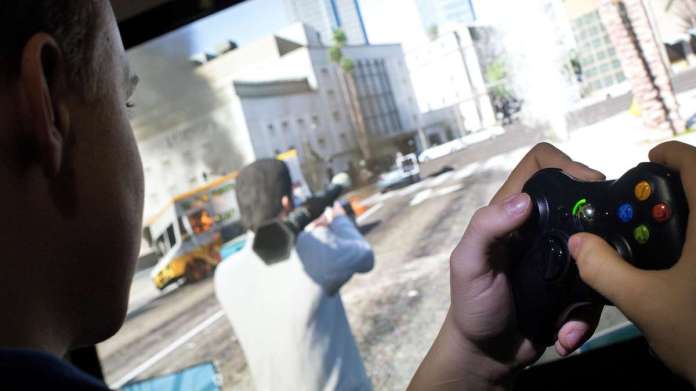 The  CEO of Take-Two gives the competition Cyberpunk 2077 a swipe. At a quarterly conference, he emphasizes the importance of perfection.

New York, USA – During a quarterly investor conference, Strauss Zelnick emphasized that CEO from Take-Two, the importance of perfection in the Game development. He put the meticulous and detailed working methods of the subsidiaries of the group, such as Rockstar Games, in the foreground. However, he indirectly criticized the competition, which was hastily unfinished Games published. Could that mean CD Projekt RED with Cyberpunk 2077?

Take-Two is with Rockstar Games‘ GTA and Red Dead Redemption series extremely successful and proudly shows it on its website.

The  companies are under Take-Two known for their gigantic Open-World-Spiele with impeccable technical Polish. For the CEO from Take-Two, Strauss Zelnick, the corporate philosophy is clear:

The  Release from Play should not be rushed. Instead, we want the best possible quality from the Games be taken out. To do this, the team keeps looking over each other’s shoulders and trying to find out what can still be improved.

“I think we are the most self-critical group I have ever met”, so Zelnick. He admits that by doing this the Development time from Play can take a long time and that the company has often been criticized for this. Because of the high degree of Polishingthat the studio at the Game development assuming that the company based in New York not always the exact one Release one Game predict. “What we do know, however, is that we will wait for that [unsere Arbeit] so Perfect as possible “, stresses Zelnick. During his public appearance, the CEO but don’t resist handing out a swipe at the competition.

Doug Creutz, executive director of Cowen Investment Bank, accepts in his previous question Zelnick Terms of a competing gamethat was eagerly awaited but got out of hand. We could speak of Cyberpunk 2077 from CD Projekt RED. Cyberpunk 2077 can definitely be described as a fiasco. Over eight years and more Release postponements pulled the development of Game away. When it finally appeared, the fans were overwhelmed by an unfinished and bug-riddled one game disappointed that they had longed for. Now the developers of Cyberpunk 2077 have to grapple with another class action lawsuit from angry investors.

Strauss Zelnick goes to Creutz’s question about the planned Development strategy from Take-Two like this: “I think the case you are alluding to reflects the fact that it is always better perfection to wait when you perfection can create. ” With this he displaces the already troubled developers of Cyberpunk 2077 another blow, emphasizing that, in contrast, all labels under Take-Two to perfection strive Fans of the Play from the studios below Take-Two appreciate the high quality in terms of technology and content Games. We can be curious which ones Games Rockstar Games by Take-Two will publish with this corporate philosophy. An insider, annoyed by fan questions, now gives information about a GTA 6 release.

Icy cold: expected down to minus 25 degrees! Now Germany...

Gumpenbach Bridge in Kornwestheim: The demolition in the video – Ludwigsburg

This is how Dorner Electronic mastered the Corona year – Vorarlberger...