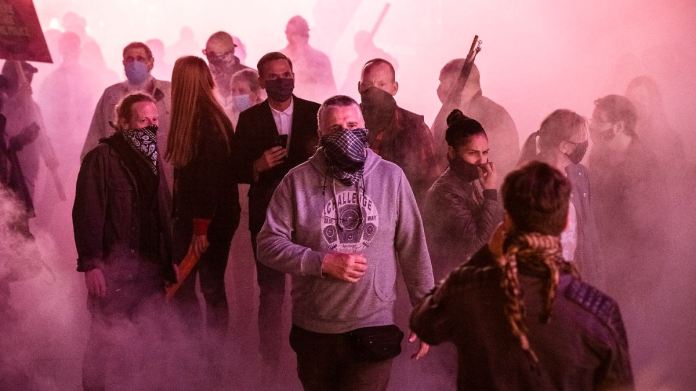 “Tatort” from Dortmund
what to do when it burns?

Faber dances “Sunshine Reggae”, Bönisch is said to be right-wing extremist, Pawlak is suddenly a single parent and then there’s the new one, Rosa Herzog – there’s a lot going on at the foot of the Gerber high-rise. With “Heile Welt” the Dortmunders have once again succeeded in a crime coup.
The  thing with the mysterious skyscraper is currently in season, it seems.

The  Cecil Hotel” is about the fate of Elisa Lam.

The  young Canadian disappeared on January 31, 2013, and almost three weeks later her body was found in a water tank on the roof of the hotel on Maine Street in Los Angeles.

The  series dramatizes the building in the then as now sensational case as a wall in which evil manifests itself, from whose walls the fate of the many, often hopeless residents echoes and a dark power radiates onto the following tenants.

The  Gerber skyscraper in Dortmund may not have the eerily beautiful aura of the Cecil Hotel, but with the murder of the young Anna Slomka, the viewer quickly plunges into this very own skyscraper world. Opaque residents, strange caretakers, flickering lighting, apartments in which an often silent struggle for existence is fought, at the end of which there may be a tragic ending like that of young Anna. What at first looks like a ghetto block drama, however, quickly opens the thematic bracket, a “crime scene” case, in which it is immediately clear that where it says “Heile Welt” it is guaranteed not to be there.

It starts with the opening scene: Immersed in surreal reddish fog, there is Commissioner Bönisch (Anna Schudt) at the foot of the skyscraper while the world seems to be going under around her. Colleague Faber (Jörg Hartmann) is dragged away half unconscious, violence and screams and smoke bombs everywhere. “48 hours before” it says shortly afterwards and so the viewer becomes a witness of everything that happened before.

Lena Odenthal had already waded through the murky waters of right-wing extremism the previous week, Martina Bönisch is taking it much harder this time. After a clip that shows her in a lively conversation with a young right-wing politician goes viral, it boils up on social media. A left blog is particularly aggressive in this smear campaign, the commissioner, it is said, has switched to the Nazis.

The  media headwind is finally too strong, Bönisch is on leave.

That alone could be the story, but author Jürgen Werner, one of the forefathers of the Dortmund team, has bigger things in mind. It almost seems as if he had planned to square the circle to create a “crime scene” in which suddenly all the potential scenes, the private, the official, the social construction sites form a conglomeration in which it is hardly visible what is now here is exactly the story – and which condense into a high-density blend of crime and social studies.

A very thick brush is used: a Faber who staggers around between disappointed love, awkward helper syndrome, “Sunshine Reggae”, ravioli and hip flask. Rosa Herzog, the new one, who is given a particularly brash debut. Pawlak, whose junkie ex has been swallowed by the earth and leaves him with his daughter. Bönisch, with a new colleague lover who is about to collapse.

The  strained Khaled family, the party’s southpaw, the over-engaged blogger, all seasoned with on-screen comments from the social media limbo and shaky cell phone camera images, in short: actually one of those “crime scene” cases that they one would have to write “too much wanted” in the attestation booklet.

But Jürgen Werner and director Sebastian Ko very skillfully hold all these balls in the air, leave room for a wonderfully acting cast, put their fingers in the wound, but also provide consolation with small gestures, give daily coloring with an ambiguity that is consistently gripping device. Just how the young policewoman offers solidarity from the wrong corner to the Bönisch on leave is one of those moments in which Ko and Werner cleverly and surprisingly trick their expectations.

The  fact that in the end there is even enough for a conventional perpetrator puzzle including an emotional confessional dialogue puts the lid on it completely. Conclusion: It can go on like this in Dortmund, that was the Champions League.

Samsung Galaxy S10 + with huge memory available at a reduced...

Light at night that creates confidence

Israel vaccinates at record speed: How the country will soon leave...