AlphaTauri team boss Franz Tost, who has already looked after many newcomers at Toro Rosso and has a rookie in his Formula 1 squad again this year with Yuki Tsunoda, appreciates Schumacher’s approach.

“Mick is not the type of driver who gets into a car and immediately risks everything,” said Tost in an interview with auto motor and sport about the Formula 2 champion of 2020: “He takes it step by step and makes sure that he has everything under control, and then really hits it.”

Schumacher is “a driver who looks at everything first and then continues to learn.

The re are others who are incredibly fast but don’t know why. It is important that you take one step at a time and call up what you have learned over and over again. That Mick does really well. That’s why I am firmly convinced that he will hit Formula One. ” (All Formula 1 races in LIVETICKER)

Tost with a devastating verdict on Mazepin

The  Russian is also celebrating his Formula 1 debut this year, benefiting from his father Dimitri’s millions. So far, he has made headlines mainly through off-track scandals.

“I could be brutal now and say: You can’t make a tiger out of a cow. In the end, it always depends on how much brain a driver has and then turns on in the cockpit,” Tost made clear.

During his long time in motorsport, he found “that in the end only those drivers who are intelligent and know why they are doing something – and who also behave accordingly” will prevail. 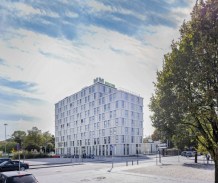 After Biontech and Moderna: Curevac wants to apply for approval in...