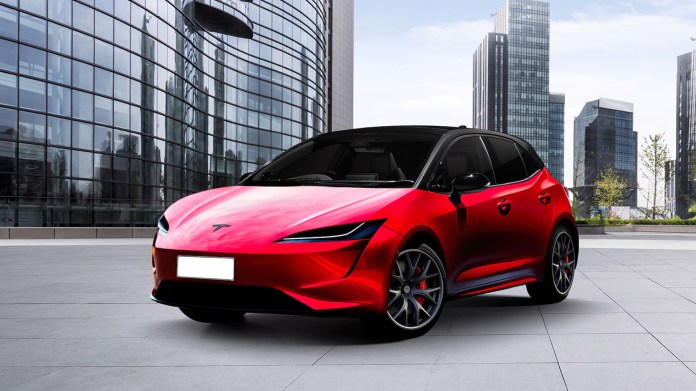 Tesla had confirmed some time ago that it was initially planning an affordable entry-level electric car for the Chinese market. So far there is not much information on this, but a designer has now sat down at the “drawing board”.


The  result was a first look at an idea of ​​what the affordable Tesla might look like. It should be smaller and more compact and yet be recognized by the design as a typical “Tesla”. More is actually not yet known about the planned Model 2.

The  Model 2 is said to be available at a price of around 20,000 euros – an absolute price breaker and thus the entry-level vehicle. Tesla is currently still very cautious about what is planned in detail and even the name is not yet 100 percent fixed.

Based on all the rumors, the Brazilian designer Kleber Silva has now set to work and created a picture of what the cheap Tesla could look like. He calls the concept image Tesla H, for “hatchback”, the collective term for hatchback sedans. His Model 2 is a compact class vehicle with five doors and no particular sophistication.

Silva also picked up the ideas for the design from the recently introduced revisions to the Model S and X, among other things. However, other elements are, let’s say, “fictitious” and have not yet appeared in any Tesla.

The  cheap Tesla is scheduled to start in 2023

Whether this looks even remotely similar to the future Model 2 or not is still in the stars. It is clear, however, that the market launch for China is planned for next year. Tesla had confirmed that a vehicle developed in the new Tesla center in China will be sold there as early as 2023. Nothing has yet been said about whether this vehicle will also start internationally. But insiders assume that Tesla is not planning a China-exclusive electric car.

Frankfurt Book Fair again this year as a face-to-face event –... 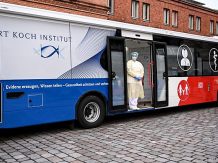 Number of Corona cases in Germany now over one million –...

Seal yourself up and decorate everything nicely