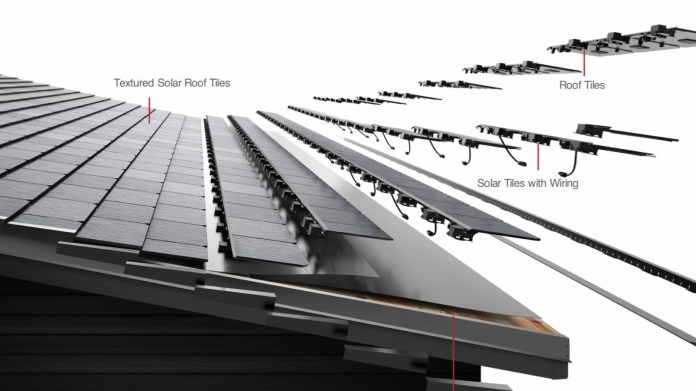 Tesla wants to offer its solar roof “Solarglass” soon in Europe and Germany.

The  solar roof tiles can ensure complete independence from the power grid.

With the solar roof called solar glass, Tesla promises a lot. At a price of 30,000 euros, it should last for at least 30 years, because the solar roof tiles should be more robust than conventional solutions.

Tesla is already offering the solar modules in the third generation. So far, only company employees and US citizens have been given the opportunity to opt for such a solar roof. Even if Tesla has been promoting the service on the German website since it was launched.

Tesla CEO Elon Musk replied on Twitter when the solar roof is coming to Canada as usual: “Later this year.” Musk also responded to the start of sales in Europe, only dampening expectations a little. “Hopefully, later this year,” the CEO tweeted.

At this point you can find one Tweet, which complements the article. You can display it with one click.

In the USA, Tesla works with local roofing companies who, after training and appropriate qualification, take over the installation of the solar tiles. It is still unclear whether this practice will also be adopted for Europe and Germany.

If you want to get an impression of the solar roof, you should take a look at this installation.

The  owner shared his bill for Solarglass 3 on Twitter.

So the week from February 15th for your zodiac sign Corona masks: Hubertus Heil holds out the prospect of an award...