At first they were without electricity and heating for days, now they have to pay heavily for it. In the US state of Texas, the winter weather of the past few days and bottlenecks in the energy supply have resulted in an explosion in electricity bills for residents. According to media reports, the electricity bills of many Texans rose many times over to thousands of US dollars.  The  reason: When the electricity was running out due to the collapse of the completely outdated network in the previous week, the Association of Energy Providers decided in a quickly convened meeting to increase the prices – many times over.

The  electricity market in the state in the southern United States is heavily deregulated and certain providers are tied to the fluctuating wholesale price. When the electricity failed in many places as a result of the extreme weather and demand exceeded supply, this led to an “astronomical” increase in costs for affected customers, the newspaper wrote. Other Texas residents posted their billions, often thousands of dollars, on social media.

The  state government promises that you shouldn’t be left with Abbott alone on the costs. One looks for solutions. Until then, no electricity will be turned off if the bill is not paid. In addition, providers should initially not issue any further invoices.
Texas was hardest hit by the US winter storm in the past few days. More than four million households were temporarily without electricity after snowfall and freezing temperatures. According to the authorities, households were still cut off from supplies on Sunday. 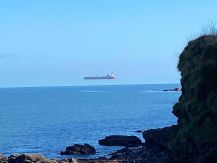 Sex with a 15-year-old student: A good six years imprisonment for a teacher

Life will disappear: the earth’s atmosphere is losing oxygen

These 12 candidates are on the RTL show

Berlin & Brandenburg: Despite firecrackers ban: Fire brigade plans with a...