The  new week starts sunny and warm across Germany. But it doesn’t stay that way: first the temperatures rise to record levels – then they drop again rapidly. Read here when that will be.

The  sun is shining, the sky is blue and the temperatures whet the appetite for spring and the first ice cream of the year. As warm and sunny as the weekend is, the next week starts off just as nicely. “On the warmest day of the week – Wednesday – temperatures of up to 23 degrees could even reach record values ​​for February,” says meteorologist Linda Füzér from the DTN t-online weather service.

The  end of the week looks very different again.

Monday starts with 18 degrees in Hamburg and 14 degrees in Berlin, friendly and dry throughout Germany. Only in the south of the country, on the Danube and the Rhine, does it get foggy. By the afternoon, however, it clears up there too and the sun breaks through. In Munich 13 degrees are expected, in Cologne even up to 19 degrees.

A peculiarity occurs in the evening:

The  wind from the west again carries Saharan dust to us. But if you are hoping for a red and yellow sky spectacle like the beginning of February, will be disappointed: “It remains with cloudy clouds and a somewhat cloudy view,” said the weather expert.

On Tuesday, fog hangs again over the Rhine and the Cologne Bay in North Rhine-Westphalia.

The  fog clears by afternoon, but it is still not very clear.

The  Sahara dust covers all of Germany on Tuesday and makes for a cloudy sky. “It will still be dry and friendly,” says the weather expert.

The  temperatures also remain at a mild 18 degrees in Hamburg and Berlin and 20 degrees in Cologne.

Record values ​​- and then what?

“Wednesday will be the warmest and friendliest day of the week,” announced Füzér.

The  Sahara dust is moving northwards. In the south of Germany it is therefore increasingly bright and cloudless with 18 degrees in Munich and 22 degrees in Cologne. North of the low mountain range, temperatures rise to 23 degrees – record values ​​for February. In Hamburg and Berlin, too, it remains at a mild 19 degrees.

On Thursday there will be thicker clouds from the northwest and it will be a little cooler. So it will only be 17 degrees in Hamburg and Berlin, even in Cologne and Munich it does not go beyond 18 degrees. In the night of Friday a rain band then stretches from the northwest to Berlin.

Even during the day, the rain showers don’t let up on Friday.

The y stretch from northwest to east across Germany and bring about a drop in temperature. In Berlin and Cologne it will only be 13 degrees. It only gets sunny in the north and south of the country, with 11 degrees in Hamburg and 15 degrees in Munich.

Germany can meet these opponents

Up to 4000 vaccinations a day planned in the Frankfurt vaccination... 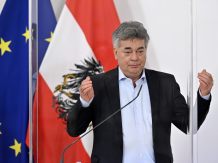 Kogler: Events from January 18 only with a negative Corona test... 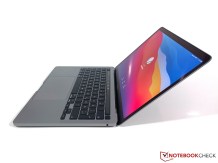