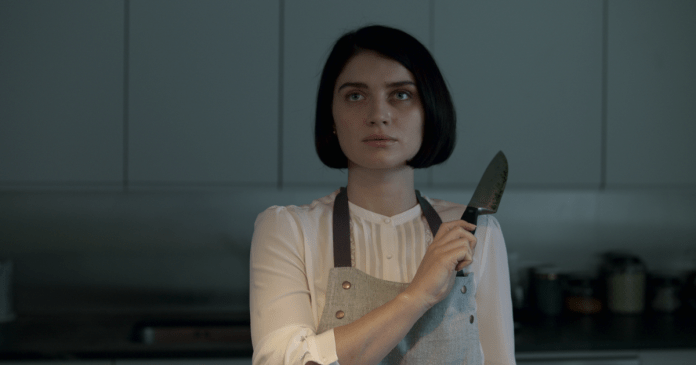 But not only the audience, the stars of the series were initially shocked by the plot. Leading actress Simona Brown is quoted in press materials on the series: “I was completely exhausted when I read the script. (…) I couldn’t believe it. I had to go back to the beginning and read it again. I was convinced it was there are a couple of plot holes, but there weren’t any. And when you read it again, you suddenly see lines that are really important to what happens later. ” Co-star Tom Bateman was also surprised: “My words were, ‘What the hell?'”

A second season of “She knows about you” is currently uncertain despite the high streaming figures. In any case, author Sarah Pinborough has not yet written a second part of her novel, so there is a lack of material – series such as “ The  Handmaid’s Tale” or “Big Little Lies”, however, were continued without any further book templates. So Netflix would just have to keep telling the story itself.

We have collected the best reactions to “She knows about you” for you here.

Bundesliga: Daka Festival in a top duel against Rapid

LASK grabs Manuel Takacs as a U18 coach – football

“Starmania 21”: All 64 candidates have been chosen

Wi-Fi 6E: WLAN is now getting the most important update in...