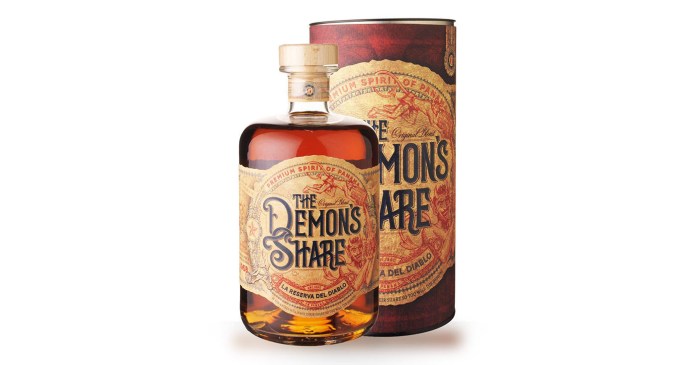 The  Demon’s Share has now officially arrived in Germany for 6 years through the distributor Eggerssohn.

The  so-called La Reserva del Diablo is a rum-based spirit that was developed by the founder Marco Savio, who is already known for brands such as Rum Malecon. Based on the evaporation that occurs during barrel maturation, which is often associated with the thirst of angels under the name Angels’ Share, Savio chose the brand name

The  Bodegas de America entrusted with the production in Panama process the molasses from local sugar cane in their column still. Maturation takes place over six years in burned-out American oak barrels in the climate of the Central American country. Bottling is done with an alcohol volume of 40 percent. Since the distributor explicitly speaks of a rum-based spirit, a higher degree of flavoring or sweetening could be used.

The  tasting notes for

The  Demon’s Share, which have existed for 6 years, speak of an intense vanilla tone, surrounded by citrus fruits, green apples and fine roasted aromas. On the palate, sweet spices and subtle leather notes would be added, which should linger gently in the finish.

The  Demon’s Share 6 years is now available in well-stocked specialist shops in Germany.

More articles on the topic

Biathlon today in the live ticker: The World Team Challenge in...

Who is to blame for the many dead Swedes?

Bares for Rares: Dealer Susanne asks a question – then it...

Design TVs at a low price for Black Friday week in...

The birth of the second son was critical