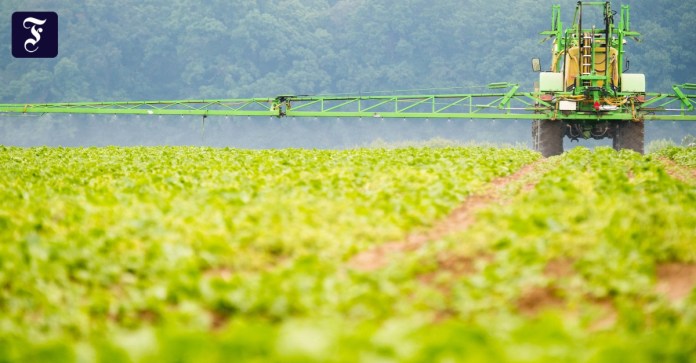 Et was the political affront of 2017: At that time, Federal Agriculture Minister Christian Schmidt voted in Brussels to extend the approval of the controversial weed killer glyphosate for another five years. In doing so, he ignored an agreement within the federal government that Germany should abstain from voting because of the differences between the CSU-led Ministry of Agriculture and the SPD-led Environment Ministry. Schmidt later brought a reprimand from Chancellor Angela Merkel (CDU). But the farmers were satisfied.

Those days are over. On Wednesday, the federal cabinet decided on the insect protection package from Environment Minister Svenja Schulze (SPD) and Agriculture Minister Julia Klöckner (CDU), which for the first time stipulates an exit from glyphosate. Use in private and allotment gardens should be prohibited as soon as the Federal Council has approved the amended Plant Protection Application Ordinance and this has appeared in the Federal Gazette – both should be done in the course of summer at the latest.

In arable farming, use should only be permitted in exceptional cases, for example when mechanical weed removal is not possible due to eroding soil. In general, glyphosate-based plant protection products should be banned from January 1, 2024, when not only the EU approval has expired, but also the subsequent transition period. Both Klöckner and Schulze were convinced on Wednesday that there will be no further extension at EU level. “

The  ban is coming,” said Schulze.

Farmers also have to be prepared for restrictions with other herbicides and insecticides. This affects agriculturally used areas in nature reserves. In addition, a certain minimum distance to water is prescribed.

The  use of such funds on orchards will also be subject to conditions in the future. All in all, according to the ministers, only just under 5 percent of the agricultural area in Germany is affected by the new regulation.

Both Klöckner and Schulze made no secret of the fact that the agreement between the two ministries had taken longer than planned. Farmers’ Association President Joachim Rukwied said he missed a “partnership between agriculture and nature conservation”.

The  legislative package endangers the livelihoods of many farming families.

The  draft law threatened “blanket protection and prohibition of use – and that without reliable regulations for further funding or financial compensation”. Klöckner sees it differently: “We not only demand, we also promote.” At the same time, she stood protectively in front of the farmers: “Farmers are often seen as landscape gardeners. But they feed us. ”Greens and environmental groups had advocated more extensive regulations.

Recall: Kitchen items are dangerous – never use these products

Corona rapid test stations for commuters on the Czech border Healthy because of corona rules: sales of air-conditioning collapse

I don’t just want to make a name for themselves with...