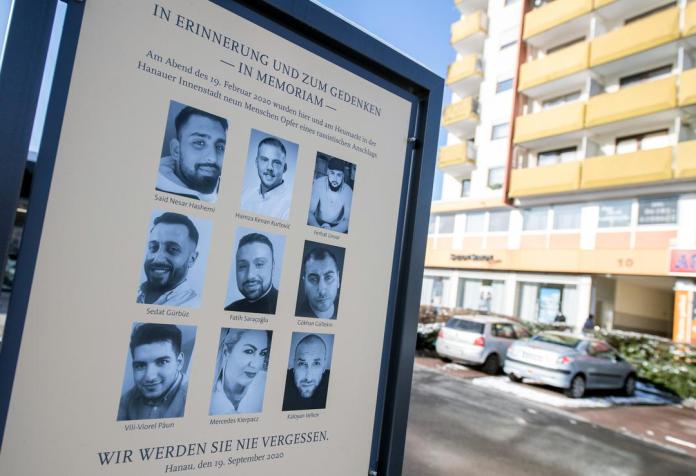 The  murders and bomb attacks by the NSU, the murder of the CDU politician Walter Lübcke, the attack in Halle – there have been numerous right-wing extremist and racist attacks in Germany in recent years. But Ajla Kurtović, a woman in her mid-twenties from Hanau, never applied right-wing terror to herself or her family.

The n her brother Hamza was killed in Hanau on February 19 last year – by a right-wing extremist.

“If someone had asked me before February 19th, hey what do you mean, you can imagine that there will be something like that in Hanau as well, or that you are personally affected by it – no, never. And then you are suddenly yourself affected and no longer understands the world. “Ajla Kurtović

In addition to Ajila Kurtovic’s brother Hamza, Tobias R. killed eight other people who came from immigrant families in Hanau. Before the devastating attack, he had spread racist and right-wing extremist conspiracy theories – especially on the Internet. Matthias Quent, Director of the Institute for Democracy and Civil Society (IDZ) in Jena, has been researching right-wing extremist terror for many years.

“Every act, especially one as serious as Hanau with nine victims selected for racist motives, is a top in this context. But it is part of a series of right-wing extremist acts in recent months and years and one has to say with a view to that Oktoberfest attack: decades. ” Matthias Quent, right-wing extremism researcher

200 right-wing extremist victims over the past 30 years

Right-wing extremists have murdered up to 200 people since the 1990s, most of them for racist reasons. In addition, three to five acts of racist violence are committed every day, says Matthias Quent at a press conference organized by the “Integration Media Service”.

The  Bielefeld social psychologist and conflict researcher Prof. Andreas Zick knows that racist violence is part of everyday life. He heads the Institute for Interdisciplinary Research on Conflict and Violence at Bielefeld University.

“If we were to add up all the prejudice-based acts of hatred over the past six years, there are tens of thousands of acts that have cropped up and identified by the authorities, so no exaggeration, and the dark field is even bigger.” Prof. Andreas Zick, conflict researcher

Offenders don’t come out of nowhere

The  everyday nature of racist and right-wing extremist violence is appalling. Yet far-right terror is often classified as the act of individuals. Even after the Hanau attack, the federal prosecutor’s office assumes that Tobias R. committed the nine racist murders alone.

Right-wing extremist perpetrators would sometimes choose to go it alone for tactical or personal reasons, says expert Matthias Quent. But they never did the deeds in a vacuum, never in isolation.

“That is very important, we have to understand again and again that racist right-wing terror does not depend on appropriate structures. Nonetheless, it has a social dimension, it always has a context, it has a radical milieu that functions as a keyword, that politicized; regardless of whether someone acts as a lone wolf or a group. ” Mathias Quent, director of the IDZ in Jena

The  party is the parliamentary mouthpiece of right-wing extremism and organized racism, so his allegation.

From NSU terror to Hanau

“That was exactly the beginning at NSU:” Deeds instead of words “. That scares me, I have to say, it can already be seen that it is becoming more radical. That it does not stay with words, but with deeds that follow have such an impact. That is worrying. ” Seda Başay-Yıldız, lawyer

Başay-Yıldız believes that an act like the Hanau attack is possible again at any time. It is all the more important to fully investigate right-wing extremist and racist acts in order to find out when and in what context the perpetrators first become suspicious and how the terror could possibly have been prevented.

The  NSU trial (2013-2018) brought important insights into this – even if many questions remained unanswered.

The  Hanau attack is unlikely to have any legal consequences because the killer is dead. Nevertheless, the victims’ families in Hanau demand clarification from the authorities. One of her most important questions: Why the psychologically conspicuous Tobias R., who published right-wing extremist and ideological conspiracy texts, could legally own weapons. To this day they have not received an answer.

The  documentary radio play in room 101 brings the court proceedings to life again acoustically. It condenses 6,000 pages of minutes and notes from the ARD court reporters to give a differentiated picture of the NSU trial beyond the headlines. It allows witnesses to be witnessed and thus gives deep insights into German abysses.

Over 60 cases in Switzerland: Children suffer severe inflammation after Corona

Briefly on corruption allegations: “My name is not Martina”

The Elder Scrolls on Netflix! Streaming service works on Witcher...

Mini helicopter “Ingenuity” reports from Mars for the first time –... Series of breakdowns does not stop – Oxygen problems on the...