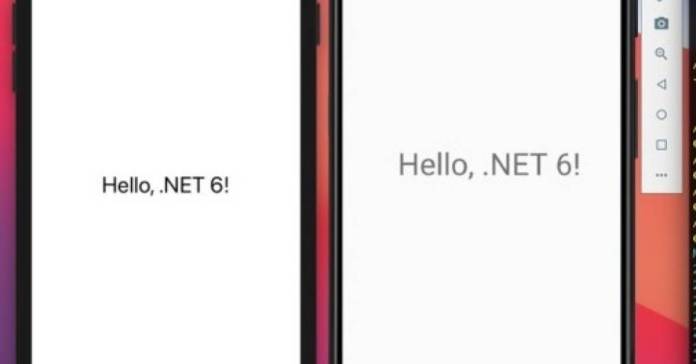 The  .NET-6-Preview 1 for Windows, macOS and Linux is available for download. Microsoft has tested these, Visual Studio 16.9 Preview 4 and Visual Studio for Mac 8.9 and recommends using exactly these builds for testing.

According to Richard Lander, Program Manager on Microsoft’s .NET team, at the heart of .NET 6 is implementing the final pieces of the .NET unification plan that began with .NET 5.

The  release is also expected to contain important improvements in all parts of .NET, including cloud, desktop and mobile apps. He is already announcing that there will be several previews until the planned scope of the innovations is fully available in .NET 6 builds.

In .NET 6, Microsoft wants to integrate the Android, iOS and macOS functions that are part of Xamarin. In addition, Blazor’s capabilities are to be expanded to create a new type of hybrid client app – combining web and native UI – that can be used for desktop and mobile scenarios.

As Richard Lander reports, the new features offer something for all .NET developers. For desktop app developers, it promises new opportunities to reach new users. Mobile app developers are expected to benefit from using the mainline .NET tools and APIs while targeting iOS and Android platforms. It should become easier for web or cloud developers to release services for mobile .NET apps and to share code with them.

For .NET 5 Microsoft had chosen the Blazor WebAssembly as the first unified platform. It is based on the Mono runtime, uses the .NET class libraries and the .NET SDK tools.

The  same model has now been chosen for the integration of Xamarin. With a unified platform, new APIs and performance improvements should be available to all developers on the same day and work for all apps.

If you install the .NET SDK, you can start building apps for mobile platforms, explains Lander. After the installation, there is the option to enter dotnet new android and then dotnet run to have an Android emulator run a .NET app.

If you don’t want to build mobile apps, you can deselect the additional SDK workload required for this. Due to other optional workloads, the new .NET SDK can even be a bit smaller than the previous one.

Richard Lander presents the first preview of .NET 6 in detail in this post on Microsoft’s dotnet blog.

Corona crisis in Berlin: More than 1000 soldiers are fighting the...

Die Reimanns (RTL2): A world is collapsing for Manu Reimann –...

Where can Wormser and Alzeyer test themselves for Corona?

More restrictions on movement in hotspots: tightening the lockdown for Germany...