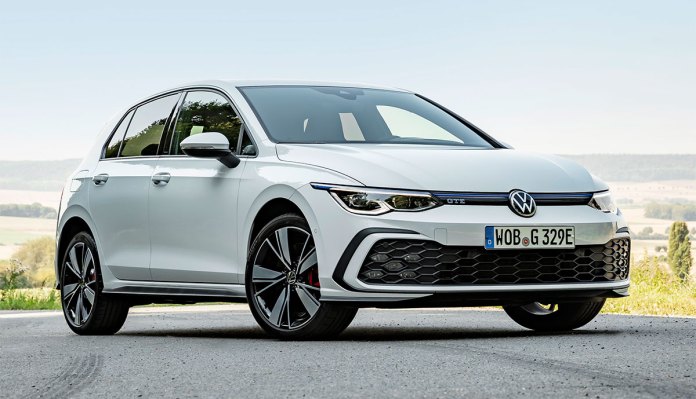 In Hesse, according to media reports, a Golf GTE that customers owned for two days recently caught fire with only 300 kilometers on the clock.  The  plug-in hybrid with a combustion electric drive system is said to have self-ignited while driving. VW has already commented on this, but has yet to investigate the incident.

The  safety of our customers is our top priority. In order to be able to guarantee the high standard we have set for our vehicles, we are currently analyzing the circumstances and the technical background of a case in which, according to the media report, there was an explosion of a Golf 8 ”, said a company spokesman when asked by Bild.de. VW assures us that measures will be initiated based on the results of the investigation if necessary.

The  occupants of the electrified Golf that caught fire had previously reported a bright blue flash and a loud bang in the vehicle interior. Some media even claimed to have heard of an “explosion” that pushed the windows of the vehicle outwards.

The  occupants then quickly left the car and got to safety. Both suffered “only minor” injuries that were not described in detail, it said.

When extinguishing the plug-in hybrid Golf, the firefighters apparently had to struggle with a problem typical of burning Stromer: the battery system is said to have kept the flames flaring up.

The  icy weather conditions made things more difficult because of the frozen hydrants and a road that was smooth as glass due to the extinguishing water. Ultimately, however, the emergency services managed to put out the fire. For this purpose, the vehicle was maneuvered into an extinguishing container requested by the fire brigade.

The re are contradicting reports as to whether this was flooded.

The  Volkswagen Group recently had to initiate a recall for electric cars of the technically identical brands VW e-up !, Seat Mii electric and Skoda CitigoE iV, because a small number of purchased battery cells can lead to a short circuit and thus an increased risk of fire. According to the company, there is no reference to the current fire in the Golf GTE: “Since the battery cells from e-up! and Golf 8 is about different suppliers, we don’t see any connection at first, ”a spokesman said Bild.de.

The methods of the Berlin desk criminals