London. After the announced Corona easing in England, British travel and holiday providers are seeing a surge in interest. Flight bookings from Great Britain had risen by 337 percent compared to the previous week in the hours after Prime Minister Boris Johnson’s speech and vacation bookings even increased by 630 percent, said the airline Easyjet in Luton.  The  largest British travel company Tui UK recorded a six-fold increase in bookings. On the London stock exchange, the shares of the companies rose sharply on Tuesday.

Johnson presented the government’s plans for the corona lockdown on Monday. Accordingly, the restrictions are to be lifted step by step until there are no more restrictions at all from June 21st. Holidays abroad could be allowed again as early as May 17th.

The  prerequisite for any relaxation is that the number of new infections remains low and the vaccination program continues.

The  British want to go to Spain, Portugal and Greece this summer

According to the companies, popular travel destinations were Malaga, Alicante and Mallorca in Spain, Faro in the Algarve in Portugal and the Greek island of Crete. Most bookings were made for August. “

The  Prime Minister’s address gave many customers in the UK a much-needed confidence boost,” said Easyjet CEO Johan Lundgren, according to the announcement.

The  tour operator Tui also achieved a booking increase of 500 percent overnight. Tui UK boss Andrew Flintham offered the government to jointly develop a “risk-based framework” so that vacationers can travel abroad this summer. “People can look forward to a well-deserved break after what has been a very difficult year for many,” Flintham told the PA news agency.

When exactly the international routes can be reopened remains unclear.

The  British government plans to publish more detailed information in a travel report on April 12th. And the ban on most international travel will probably remain in place until May 17th. Conversely, foreign governments must also loosen entry restrictions for the British. For example, France and Spain have closed their borders to travelers due to the new Corona variants.

Health Minister Matt Hancock emphasized that the effectiveness of vaccines against new variants of corona will play a major role in allowing international travel. “We have to arm ourselves against the new variants, this is a great challenge,” said Hancock on Tuesday the broadcaster Sky News. “If the vaccine doesn’t work against it, it will be much more difficult.”

The big debate on the Covid law in the National Council

The women behind the Covid vaccines 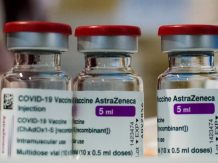 Corona vaccination: No procedure initiated after the death of a nurse in Lower Austria – Coronavirus Vienna

Garden areas in Vienna: details next week at the earliest

Debate on the Covid-19 law – now live: does the National Council write the opening date in the law? – News

How exoplanets are formed: Researchers discover the birthplace of earth-like planets...

Mega transfer is on the way! FC Schalke 04 want...

Hockey league announces: who will be champion in the case of...