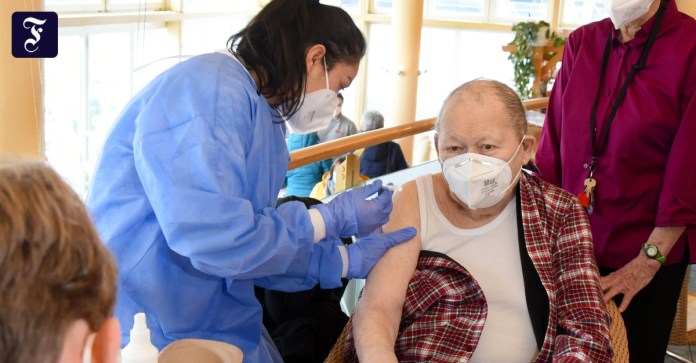 Dhe health authorities in Germany reported 6114 new corona infections to the Robert Koch Institute (RKI) within one day. In addition, 218 more deaths were recorded within 24 hours, according to figures from the RKI on Sunday. On Sunday, the number of cases reported by the RKI is usually lower, among other things because fewer tests are carried out on the weekend.  The  data reflect the status of the RKI dashboard from 5.30 a.m.

Last Sunday, the RKI had recorded 8,616 new infections and 231 new deaths within one day.

With Baden-Württemberg (48.5) and Rhineland-Palatinate (46.6), two federal states are now below the mark of 50 new infections per 100,000 inhabitants within seven days. All other federal states have values ​​below 100. Falling below the 50 mark was a political goal for months. At the switch on Wednesday the federal and state governments agreed on an incidence value of 35 as a guide for possible easing.

The  total number of people who died with or with a proven infection with Sars-CoV-2 rose to 64,960.

The  nationwide seven-day R-value was 0.90 according to the RKI situation report from Saturday evening (previous day 0.87). This means that 100 infected people infect 90 more people.

Dramatic World Cup end for Clemens: the pathetic end to a...

Federal Environment Agency calls for meat consumption to be halved in...

Joe Biden’s inauguration: The United States is experiencing the most unusual... Pope prays for victims of the IS terrorist militia in northern...