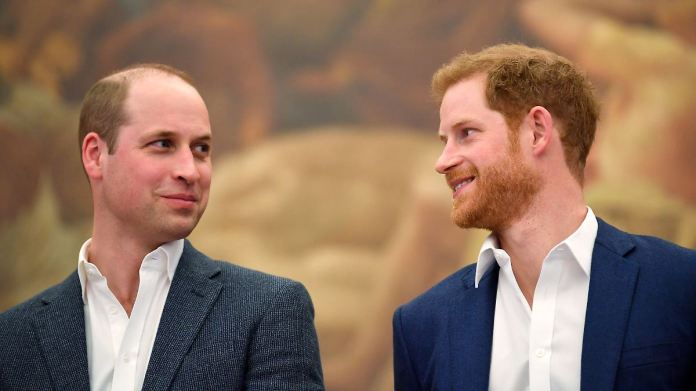 Harry’s final departure from the British royal family “shocked” the future heir to the throne, Prince William. So it reported an insider. William feels that his younger brother’s behavior, especially towards the Queen, is “disrespectful”.
Has the sealed “Megxit” finally shattered the relationship between Prince William and his brother Harry? According to a report by

The  Sunday Times, William is less than pleased with Harry and Meghan’s recent decision not to return as active members of the royal family.

A source close to the prince claims the 38-year-old was “really sad and shocked” about Harry’s actions. He was particularly angry with Queen Elizabeth II.

The  couple’s statement that service is universal and not tied to royal offices was felt by Prince William as “insulting and disrespectful” to the monarch.

Despite the annoyance, the Royal also looks back positively on the time with his brother. “

The y shared everything in their life – an office, a foundation, meeting together most days – and they had a lot of fun. He will miss it forever.”

In addition, the Duke of Cambridge should now feel a lot of pressure as the future heir to the throne.

The  eyes are mainly on him. “His future looks different because of his brother’s decision – it’s not easy,” the insider is quoted as saying.

Is he taking the RFL patronage from Harry?

With their final retirement, Harry and Meghan are losing some of their honorary military posts and royal patrons, which are now shared among other working senior royals. Above all Harry’s patronage of the Rugby Football League (RFL), which Prince William could take over in the future. At least that is what the heads of the RFL want, according to the “Daily Mail”. If it were up to them, the 38-year-old would also be the face of this year’s World Cup.

It is not yet known whether Prince William, who is already patron of the Welsh Rugby Union, will comply with this request. It is believed that some of Harry’s positions will not be filled.

Tesla boss: “Superchargers” will be available for other e-cars

Impeachment: This is how impeachment proceedings work in the US