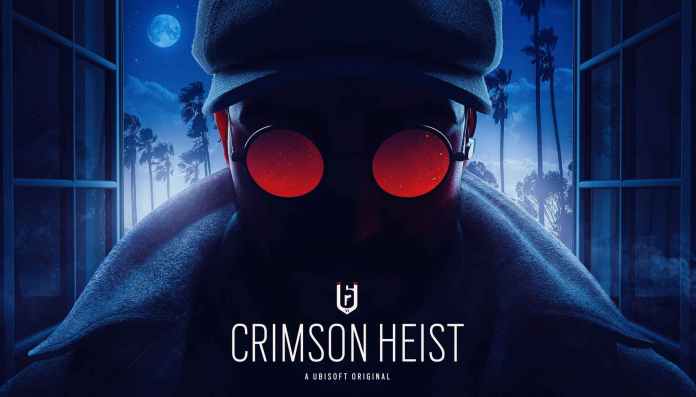 Yesterday evening Ubisoft gave a detailed outlook on the sixth year of the tactical shooter “Tom Clancy’s Rainbow Six Siege”. Accordingly, the players will be able to adjust to numerous changes and innovations. It starts with the first season of the sixth year called “Crimson Heist”, which will bring the Argentine master thief Santiago “Flores” Lucero as a new operator and a revision of the “Border” map.

Starting today, PC gamers can try out the new content on the test server. It is not yet known when the new season will start on the consoles. Usually this should take up to two weeks. You say goodbye to the annual pass and include the new operators in the Battle Pass in the future. Thus, you can earn the operator if you have bought the Premium Pass. Two weeks later it should also be able to be bought with reputation and R6 coins.

Furthermore, it was revealed that in the second season there will be an operator from Nakoda Nations as well as a revision of “Favela”. In the third season further small revisions to several maps as well as a Croatian operator will follow, while the sixth year will be concluded with an Irish operator and a new version of “Outback”.

Flores will have the RCE Ratero explosive charge to offer as a gadget. It is an explosives drone that can destroy gadgets and kill opponents. She has a timer that announces the explosion and cannot reverse or turn around. Accordingly, you should know exactly where you want to go.

The  Ratero can be shut down by Mute or destroyed by Mozzie’s pest thrower.

Focus on balance of attackers and defenders

In the course of the year, innovations can also be expected playfully. Among other things, killed team members will no longer only be able to control cameras and mark opponents. Rather, they can also use gadgets like Echo’s Yokai drone or Maestro’s Evil Eye. Furthermore, a new weapon called “Gonne-6” is introduced, which only has a bullet and should primarily be used as a gadget. This secondary weapon, which only attackers like Glaz, Dokkaebi, Lion, Finka, Amaru, Gridlock, Iana and Zero can use, can destroy bulletproof equipment like mobile shields, bulletproof cameras, Maestro Evil Eye, Castle’s armor plates, and more.

Overall, you want to improve the balance between attackers and defenders, as the defenders currently have too often an advantage and ultimately win.

The refore, attackers will be able to change operators in the preparation phase of the match if they see which operators are on the opposing team.

You also want to motivate players to behave better by rewarding them. Particularly toxic players should not have access to ranked players in the future. A streamer mode is also to be introduced in order to eliminate stream sniping and similar problems. So you can completely anonymize the players.

Further information can be found in the following videos. In addition, the first gameplay for the new operator Flores has been published.

Our records could be here. But: “The best thing about...

USA: Pelosi threatens Trump with impeachment – if he does not...

“Will never be the same again on the ‘dream ship'”

Bayer hopes for growth spurt through cell and gene therapies