The  anti-doping world is in a state of flux. Last week, the Bolzano judge Walter Pelino acquitted the Olympic walking champion from Beijing 2008, Alex Schwazer, of the allegation of doping. He even attested to his compatriot that he had been the victim of manipulation of a doping test.

The  other side, who had already ensured an eight-year ban on the Italian as part of the sports justice system, reacted very emotionally.

The  world anti-doping agency WADA, Co-plaintiff against Schwazer in the criminal process, took the judgment with her “serious concerns” on, as it said in a statement. She continued to criticize them “irresponsible and baseless accusations of the judge” against her and referred to “overwhelming evidence” of our own experts. Hold yourself after examining the judgment “all possible legal options” open.

Schwazer, on the other hand, is cheering, believing his tricky case has been solved. “We brought the truth to light. It is much more significant than my Olympic victory in Beijing”, he said. How things will continue is unclear for the time being. “We will check with our lawyers what kind of compensation we can claim. It is now up to the Italian Athletics Federation and the National Olympic Committee to find a way to enable Alex to compete again”, said Sandro Donati, Schwazer’s trainer, sportschau.de on the phone.

Donati considers a start of his protégé at the Olympic Games in Tokyo to be realistic, at least in terms of sport. “He’s an exceptional talent and if he prepares carefully for the next few months he can make it into the top ten in Tokyo”says Donati. Before that, however, the next legal miracle would have to happen: that of the international sports court CASE

The  eight-year ban imposed shortly before the start of the Olympic Games in Rio 2016 would have to be lifted. In principle, only the Swiss Federal Supreme Court can object to CAS judgments, and only if there are serious procedural errors.

Donati is a big player in the anti-doping scene. He exposed the doping practices of his compatriot Francesco Conconi. Conconi was the teacher of Michele Ferrari, who was later nicknamed “Dottore Epo” in the scene. Ferrari led Lance Armstrong to seven Tour de France victories, all of which were withdrawn due to doping. Donati later got involved with WADA and the World Athletics Federation IAAF in conflict. He accuses the organizations of inconsistency in the anti-doping fight.

“You are strong against the weak and weak against the strong”, he says. In 2013 he took Schwazer under his wing. His compatriot was taking in London just before the 2012 Olympics EPO been convicted. He confessed, named backers in the process and wanted to prove from then on that victories can be achieved while walking in a clean way.

The  positive testosterone test from 2016 made both the athlete Schwazer and the doping fighter Donati look extremely bad.

Both suspected a manipulation of the doping test, now the Bolzano judge followed this argument. “

The  fraud must have taken place in two phases”says Donati. “First, Schwazer’s urine was mixed with foreign urine containing testosterone.

The n the foreign DNA was removed with UV rays. In a second phase, Schwazer’s DNA was added.”

Donati assumes that the investigated DNA-Concentration in a blood sample was measured by Schwazer.

The  WADA experts admitted that the concentration was unusually high, but Donati’s manipulation thesis stands or falls with insights into how much such values ​​can fluctuate in urine samples that have been stored for years. WADA resolutely rejected the Schwazer camp’s interpretations.

The  Bolzano judge did “overwhelming evidence, backed up by independent experts, rejected in favor of unsubstantiated theories”.

Cologne laboratory considers manipulation to be “locked out”

It is unclear whether – and if so, by whom – possible manipulations were carried out on Schwazer’s samples.

The  Bolzano judge asked the public prosecutors to conduct further investigations – which, according to Donatis, should go in the direction of Germany. Donati speculates that the first phase of the manipulation could have been carried out in Stuttgart, at the GQS company. “Phase two” he locates there “where the samples were stored” – in the Cologne doping control laboratory.

The vis denied this accusation soberly but decisively. “I consider the alleged manipulation in the anti-doping laboratory to be ruled out due to the prevailing and tested WADA-accredited standards and analysis procedures”he shared the ARD-Doping desk with. In addition,

The vis referred to the ongoing legal battle. In addition, no representative from the laboratory in the Bolzano trial was questioned.

The  GQS company has not yet responded to a request.

Kaufland: This photo triggers a huge Zoff – customer addresses a...

Wohnen – Berlin – Platform for the homeless starts in early...

Entire clinic in quarantine after the B117 outbreak: 20 more corona...

Corona mutation from GB is gaining the upper hand in Germany 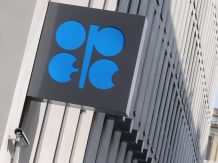 No agreement yet on new production volumes at the OPEC meeting...