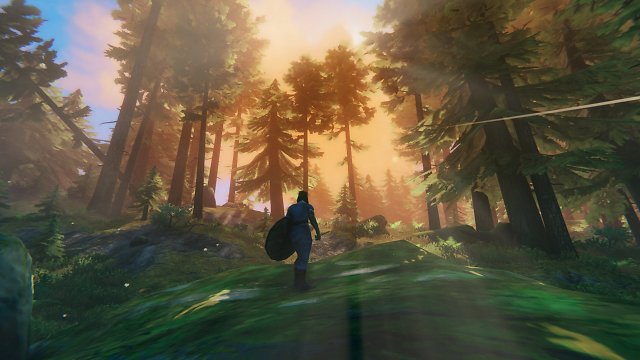 The  Viking adventure Valheim was published in Early Access on Steam just a few weeks ago, but it hit like a bomb. What very few gamers know:

The  game was developed by a very small team. So far five people have been involved in the work. But that should change soon.

The  Viking simulation Valheim is not only a big surprise for the players.

The  developers of Iron Gate also find it pretty unbelievable that their survival adventure has now sold over three million times on Steam. Valheim only started Early Access on January 2, 2021.

In an interview with PC Gamer, Henrik Törnqvist, co-founder of Iron Gate Studios, and Sebastian Eriksson from the publisher Coffee Stain Publishing spoke about the indie hit. Valheim is more inspired by single-player RPGs like

The  Legend of Zelda or Skyrim than by traditional survival games.

As Törnqvist says, Valheim was only developed by a team of five people and now millions of people are already playing it. In order to satisfy the enormous demand and especially the massive new player base, more employees are now to be recruited. “We will definitely hire a few people,” said Törnqvist from Iron Gate Studios in the interview. “We’re just starting this process. We’ll need more people to take care of everything because we’ve just reached the limits of what we can do.”

The  studio felt good about Valheim from the start, but they never expected so many players: “We had a feeling that it would sell pretty well, that it could at least support us. But it’s a million sales and now two million sales, we could never have imagined that, “says Henrik Törnqvist. “I would like to thank everyone who bought the game,” added Törnqvist at the end of the interview. “It’s very stunning. And really great.”

The  survival hit was only developed by five people”

(To) late termination after scandal: The hypocrisy of the hesitant Uefa

Date on TV show: what’s up with Calvin and Henrik ex-Sandra?

Growth is coming, but not for all industries