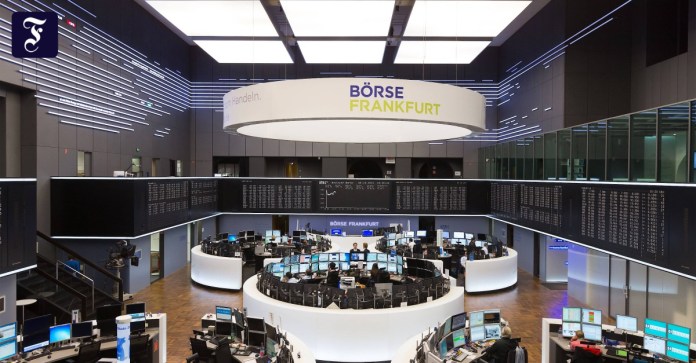 Dhe wave of new exchange jackets is beating ever higher and is now sweeping across Germany. In the first month and a half of this year, the world has seen more than half as many “Spacs” as it did in all of 2020, when the number of empty takeover vehicles exploded. Now such a company is also coming onto the market in Germany without any operational business – as the first in a new attempt to establish the model in this country.  The  investment company Lakestar is collecting 275 million euros for this.

“Spac” stands for “Special Purpose Acquisition Company”: a shell company that collects capital in the first step on the stock exchange – and in the second step goes on the prowl to take over a private company, possibly several. Usually “sponsors” stand behind a spac. In this case, this does not mean financial investors – as is usually the case in capital market parlance – but people with capital market experience: investment bankers, industrial managers or even former investment specialists. You invest yourself, should use your network of contacts in search of a takeover object and possibly take over entrepreneurial management. This is supposed to instill confidence in investors.

At first few Spacs in Europe

In Germany there was a first Spac called Germany1 in 2008, for the acquisition of domestic medium-sized companies – although it is listed on the Amsterdam Stock Exchange.

The  trio of experts were the strategy consultant Roland Berger, the former Arcandor CEO Thomas Middelhoff and the investment banker Florian Lahnstein.

The  data service provider Dealogic has two companies in 2010 as the last initial public offerings (IPO) in Germany that were designed as Spac. After that it was quiet about this type of investment.

Internationally, business continued, but only really picked up speed again last year – primarily in America. According to Dealogic data, there were 24 Spac IPOs in the world in 2016, around 70 in each of the three following years; last year the number shot up to 256.

And this year is on a record course. Because by yesterday, Wednesday, the statisticians had already counted 153 Spac IPOs, which collectively collected a good 38 billion dollars. A Spac then looks around – equipped with the blank check – for a company that it incorporates. Typically, a wallet raises around $ 250 to 350 million and has two years to find a company. Otherwise the initial investors will get their money back.

Now the holding company Lakestar wants to go public on the Frankfurt stock exchange with a spac. As the front man, she sends the venture capital investor Klaus Hommels into the field, who is supposed to collect up to 275 million euros.

The  “Lakestar Spac1” is to be managed by the former Burda manager Stefan Winners.

The  company should be on the stock exchange list as early as next Monday. Hommels and Winners will then have until 2023 to find a European company that they can merge on Spac and thus go public through the back door. It cannot be ruled out that Spac could acquire a company from the Lakestar portfolio – although it is emphasized that both units are separate. By his own admission, Hommels wants to help prevent young European companies from selling out to American Spacs by going to the local stage. European Spacs have often landed on the Amsterdam Stock Exchange, which is part of the Euronext network.

Annual Letter to Shareholders: Buffett’s Letter to Berkshire Shareholders – This Is What The Stock Exchange Guru Had To Say About Investments And The...

New edition now also as a maxi and gasoline engine

After corona infection: 3 fingers of this woman die

Corona lockdown in Germany: Drosten would expand restrictions – “You have...