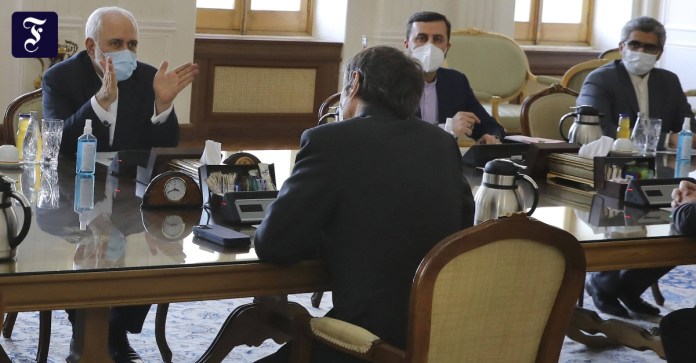 KAfter it became known what the Director General of the International Atomic Energy Agency (IAEA), Rafael Grossi, and the head of the Iranian nuclear program, Ali Akbar Salehi, had agreed on Sunday, the first critical voices reported in Tehran.  The  IAEA and Iran had agreed on an interim solution to save the nuclear deal and gain time for political negotiations. It should comply with the new Iranian Atomic Energy Act, but allow the IAEA to continue inspections.

Shortly before the end of a deadline set by Iran, Grossi announced that his organization could continue its controls for the time being, albeit limited.

The  regime in Tehran had threatened to restrict inspectors’ access to some of the country’s nuclear facilities from Tuesday if the United States does not relax its sanctions against Iran.

Foreign Minister Heiko Maas (SPD) said on Monday that as a signatory to the 2015 nuclear agreement, the German government expects Tehran to “no less than fully comply with the agreement”. Maas said American President Joe Biden and Secretary of State Antony Blinken had declared their willingness to revert to the nuclear deal if Iran complied with it in full. It is in “Iran’s own best interest to give in now before the agreement is irreparably damaged”.

The  EU foreign ministers had discussed the next steps with their American colleague Blinken.

The  foreign representative Josep Borrell was then “quite optimistic” that America could return to the agreement – all contracting states must agree to this.

The re is a lot of goodwill and the agreement on the inspectors opens up a new opportunity for diplomacy.

Borrell’s right-hand man, the director of the European External Action Service Enrique Mora, had previously suggested an “informal meeting” between the parties to the nuclear agreement and Washington.

The  Austrian Foreign Minister Alexander Schallenberg alluded to this. “

The  patient, the Vienna nuclear deal, is stabilized, and now we have to see that we initiate the recovery process.”

The  EU should help to resolve the “stalemate” that exists between the United States and Iran.

Grossi had received a promise from Salehi on Sunday that the IAEA could continue controls of the Iranian nuclear program on a limited scale for three months. Apparently the agreement contains a clause that it can be extended beyond the three months. Grossi described it as a “good result” that a “temporary technical agreement” had been reached. You “save the situation” created by the new Iranian nuclear law that comes into force this Tuesday.

However, members of the Iranian parliament expressed doubts about the legality of the agreement. On Monday they suspended a session on the budget for the new Persian year, which begins March 21, and called a closed session to discuss the agreement with the IAEA. Apparently, many parliamentarians are of the opinion that this is not in line with an atomic law that the majority of hardliners in parliament passed on December 1st. This law continues to apply, a spokesman for the Foreign Ministry in Tehran emphasized on Monday.

The  “technical agreement” achieved is “within the framework of the legally binding law passed by parliament”.

The preliminary winner has been determined

Franziska Giffey distributes goulash to those in need in Berlin

Ski jumping: Karl Geiger should start in Oberstdorf at the Four...

Al-Attiyah on Sunday as the first car in the desert /...