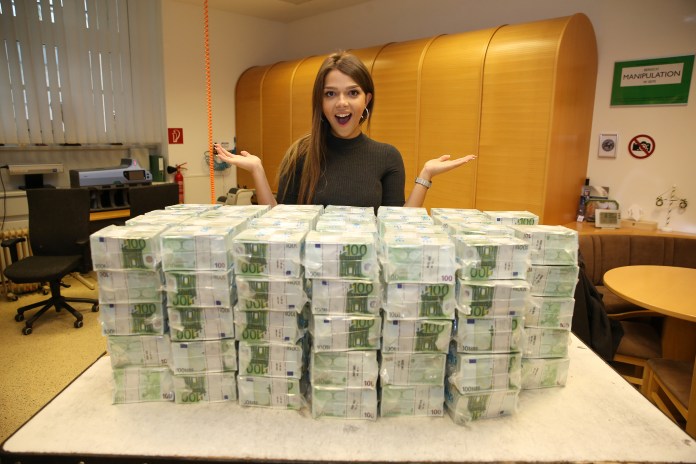 A pensioner from Lower Austria has tipped a six in the lottery for the second time. He already had fives two.

A pensioner from the Mostviertel is really lucky. “ The  win was just right, because there isn’t much money left from the first six anyway,” he explained to Austrian Lotteries on the phone.

“Yes, this is the second time that I’ve scored six after a nine-year break. This time it’s ‘just’ a LottoPlus six,” said the Lower Austrian. On February 7th, he was the only one to pick the six correct numbers on LottoPlus and cleared around 284,000 euros.

In April 2012 he cracked the jackpot with an Upper Austrian and was able to look forward to 950,000 euros. He used it to buy a piece of land and had their dream home built for himself and his wife.

The  children and grandchildren also got something, of course.

Quitting playing the lottery was never an option for him. “No, I kept playing out of a kind of gratitude. Grateful that I was allowed to win. And it was good.

As after the last win, the children and grandchildren will also get something this time. With the rest, the Mostviertler can enjoy the rest of his pension to the full. But he won’t stop now either.

“Never, ever, I can not run away from luck. It haunts me. Six months ago I scored two fives and won around 15,000 euros, and in the Schilling days I won half a million.”

Games should bring you entertainment, excitement and joy. Negative developments should not arise in the first place. On the website “smv.at” you will find information and support for responsible gaming. Also available on the free hotline 0800 202 304.

Cause unknown: explosion in Madrid

Gun collector admits in court: “I wanted to have, have, have”

Impeachment: Nikki Haley turns away from Donald Trump – “I don’t...