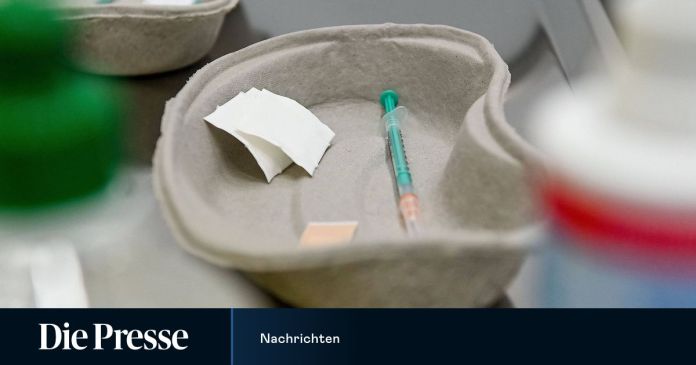 The  group of “vaccination enthusiasts” in Austria is growing, emphasizes the “Austria vaccines” initiative.

The  existing vaccines work well against the British mutant. No vaccination is therefore “no alternative”.

How high is the willingness to vaccinate in Austria? How effective are the three currently available vaccines from Biontech / Pfizer, Moderna and AstraZeneca against the coronavirus against the mutants?

The se two questions concern not only the population, but also the “Austria vaccinates” initiative launched by the Red Cross and the federal government at the end of December. Your answers in a nutshell:

The  willingness to vaccinate is increasing. An effectiveness of the vaccines is because how strong it is is currently being investigated.

The  long version: “150 million people have already been vaccinated with a Covid vaccination, which gives us an incredible wealth of experience”, Markus Müller, Rector of MedUni Vienna, began the initiative’s press conference on Friday. In addition, there are “several million people worldwide who are vaccinated every day”. Even among Austrians, there is currently not only a growing willingness to get information, but also those to get vaccinated, he referred to a recent survey.

The  two largest groups, namely those of the anti-vaccination groups and the group of vaccination enthusiasts, are extremely well informed – the exchange takes place mainly via the Internet and social media,” said Müller. And:

The  group of those who oppose vaccination has become smaller. While both still had a share of around 14 percent in December, it is now around 7 percent for the opponents, around 26 for the enthusiasts. “A clear signal,” says Müller. Also in the groups between the two extremes, to which he sometimes counted skeptics and pragmatists, an increased acceptance of the vaccinations was found.

The  immunologist Ursula Wiedermann-Schmidt warned against directly comparing the three vaccines and their effectiveness. Because: On the one hand, there are two mRNA vaccines and one vector vaccine, on the other hand, all three have been examined in separate studies with different populations, sequences and parameters. But what can be said very well: “All previous vaccines have proven in the studies that they have an extremely high level of protection against severe disease” and that, according to Wiedermann-Schmidt, “was the primary goal”.

The  only difference is the structure of the vaccine: With the mRNA vaccines from Biontech / Pfizer and Moderna, it is not the pathogen or fragments of it that is inoculated, but its instructions. With the AstraZeneca vector vaccine, “there is a kind of locomotive, that’s another virus that brings the virus into the cell,” says the immunologist. “So the protection is built up in a similar way.”

Regarding the question of effectiveness against the British and South African mutants of the Sars-CoV-2 pathogen, she emphasized that the vaccines from AstraZeneca and Pfizer / Moderna in particular “apparently have good effectiveness against the British mutant. This is particularly true for Austria Good news, since their incidence in this country has “increased by 40 percent”. Regarding the other virus variants, there are “different in vitro data.” That means: “We do not know exactly what the protection will look like in real life.” Uncertainties “it makes no sense to wait for another vaccine, because all vaccines can do what we want,” said Wiedermann-Schmidt, namely to prevent difficult courses, stays in intensive care units and overloading the health system.

Kollaritsch: “No vaccination is no alternative”

Similar to tropical medicine Herwig Kollaritsch: It currently looks as if the vaccinations may be able to prevent transmission, so it is essential that as many people as possible get vaccinated. “

The  alternative is not a vaccination” – and therefore no protection – “and that is not an alternative,” he appealed.

BVB loses pursuit duel in Leverkusen – Hertha in the crisis

Police reports from Berlin: traces of blood up to the second...

Max Biaggi: Faster than on a MotoGP machine / Moto3