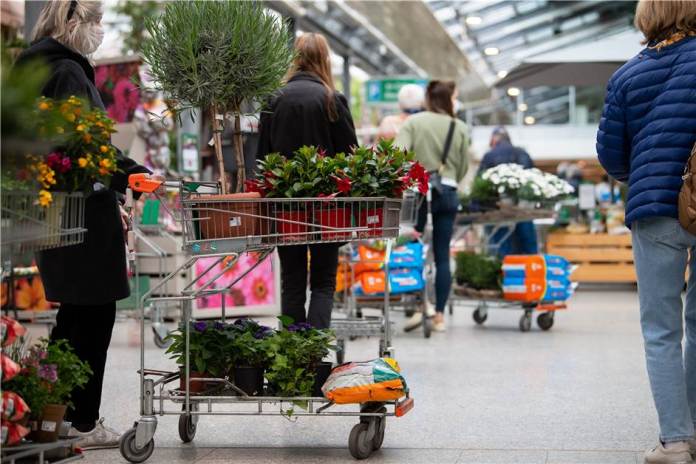 Despite an increase in the corona numbers and the fear of the spread of virus mutations, North Rhine-Westphalia is relaxing the corona requirements. As of Monday, schools, daycare centers and recreational sports will at least partially reopen in the most populous federal state.

After six weeks of distance learning, more than 800,000 students are returning to their classes under tightened safety precautions. More children can also come to the NRW daycare centers. And in recreational sports, tennis, for example, may again be played outside subject to certain conditions.

The  look at the corona numbers is worrying:

The  Robert Koch Institute (RKI) recorded 61 new infections per 100,000 inhabitants in seven days on Sunday morning. On Saturday this value was 58.

Within one day, the health authorities in North Rhine-Westphalia reported new infections by Sunday 1880 (previous day 1722).

The  number of deaths rose by 26 to 12,621. In view of the similar development across the country, fears that a third corona wave could be imminent in ten federal states rises before schools are resumed.

The  updated Corona Protection Ordinance for NRW will initially apply until March 7th.

The  openings in detail:

SCHOOLS: As planned, primary and special school pupils as well as pupils from graduating classes and vocational colleges are brought back to face-to-face classes. It is mandatory to wear a medical mask (OP, FFP2 or KN95 masks) on the entire school premises. Primary school students also have to wear a mask.

A change from distance and face-to-face teaching in halved class sizes is planned for primary schools. According to the Ministry of Education, this means that half of the around 680,000 primary school students will initially return to class. It must be changed after five days at the latest.

The  final years with around 280,000 students at secondary schools, secondary schools and grammar schools can also be taught in full class or course size. In total, around a third of the approximately 2.5 million students in North Rhine-Westphalia return to class. Years from grades 5 to 9 or 10 remain in distance learning. Parents’ associations criticized this as unfair.

In addition, special attention must be paid to pupils with disabilities and special educational needs. Many fell through the network in the pandemic, some did not receive lessons for weeks, emphasized the state parents’ conference.

NEXT: From Monday, all children can come back to the daycare centers and day care. However, there is initially a nationwide flat-rate reduction of ten hours of childcare and fixed groups.

The  state government speaks of a “restricted regular operation”. So far, the state government had called on parents to look after the children at home if possible. Due to the high number of infections, the city of Hagen does not go along with the next opening step, but is sticking to the call.

RECREATIONAL SPORTS: Activities on outdoor sports facilities are again permitted if a maximum of two people train together – such as tennis. If only people from one household are active together, more than two people are allowed to do sports together. Sports halls and swimming pools, however, remain closed.

MUSIC SCHOOLS: One-to-one tuition may again be given in music schools – but only for children up to the end of primary school age.

The  following applies to hobby gardeners: DIY megastores with garden centers are again allowed to sell vegetable plants and seeds (such as seeds, onions, seed potatoes) and the necessary accessories.

The  rest of the assortment in the stores may not be offered to customers. Until now, only cut flowers and perishable potted plants were allowed to be sold.

FURTHER STEPS: Municipalities in which the seven-day incidence is “sustainable and significantly above a value of 50” should, according to the Corona Protection Ordinance, examine additional measures and order them in consultation with the Ministry of Health. Hagen has already tightened the requirements again because of its incidence value, which has been over 100 for days. As a next measure, the crisis team is even considering a night curfew.

Only when the incidence is below 35 for seven consecutive days and with a falling trend, municipalities may agree reductions in protective measures in consultation with the Ministry of Health. If the guideline value of 50 new infections per 100,000 inhabitants in one week is steadily fallen below, the NRW state government has announced further opening steps for schools.

Possession of child pornography: Ex-soccer player Metzelder has to go to...

Disappointment after delivery to Turkey: The Wollnys experience furniture disaster