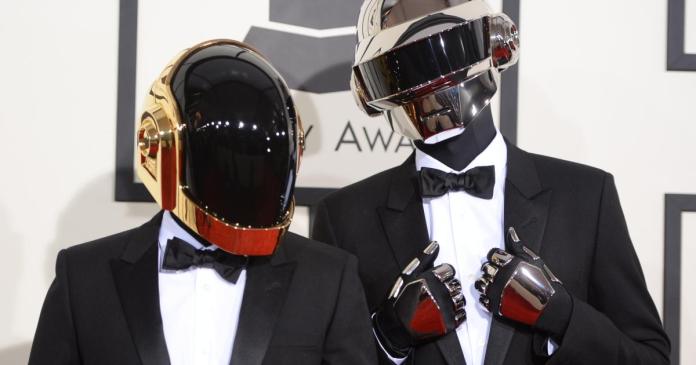 The  two French guys Guy-Manuel de Homem-Christo and Thomas Bangalter came from French house music in the 1990s. But they became world-famous with the soundtrack for the now-but-real digitization, a kind of completely redesigned Kraftwerk sound for a bursting dot-com bubble and smartphone swiping gestures.

The y produced a sound of the future that took the greatest possible detour through the great times of disco dancing.

The y celebrated digital love, showed films in Cannes, went to opening galas with their helmets polished to a shine and their visors down. And they became a double style icon who had their fingers in all kinds of pop-culture-defining moments of the 2010s.
That’s when they brought disco legend Giorgio Moroder back to the top of the charts and brought Nile Rodgers and Pharrell Williams together for the hit “Get Lucky”. And they were co-producers of Kanye West’s epoch-making album “Yeezus”.

What was that again, a disco?

If you don’t really remember it at the moment: Just a few months ago people met each other in artificial light, screaming volume, overpriced drinks and with the prospect of adventures of a virologically questionable kind to work through the night together.

The re was also music and often other stuff that should make you happy.

The  fact that Corona is currently making all of this impossible only shows what a stupid virus it is: Nightlife is the staple food for the existence of many.

Daft Punk helped prepare it. As it is on the dance floor, they did not become known with their vocabulary or with melodic lines that are easy to get lost in.

The  lyrics to “Around

The  World” consisted of the words “Around

The  World” on a loop. “One More Time” also appears more than once in the song of the same name.

For the two of them, the topic was more the tasteful reduction, which attracted the very best as well as the general public (they made the soundtrack for the Disney film “Tron Legacy”). With the five-time award-winning album “Random Access Memories” and the single “Get Lucky” they made it into the top 10 in 32 countries worldwide in 2013.

As it is, especially in France, mass suitability and high art are not a contradiction in terms. Daft Punk received the nation’s Order of Merit, they hosted electronic art exhibitions, and Coca-Cola delivered its hit drink in bottles that said “Daft Coke”.
Now the duo has announced their separation after 28 years with an eight-minute video epilogue.

“Five years ago a driver would not have survived”

Not for the faint of heart: Grosjean shows his scars

BASF and Eramet are planning in Weda Bay