Effects of caffeine on brain structure

Caffeinated beverages like coffee, cola or energy drinks could also have effects on the brain, according to a recent study. Regular caffeine consumption changes the structure of the brain, which is apparently a temporary phenomenon.

“Caffeine is the most widely consumed psychoactive substance worldwide” and the study by the research team led by Dr. Carolin Reichert and Prof. Dr. Christian Cajochen shows “that regular caffeine intake changes the gray matter of the brain,” said the University of Basel regarding the study results.

The  study was published in the specialist magazine “Cerebral Cortex”.

Investigated effects on sleep and brain

Many people find it difficult to do without coffee in the morning, and there is a reason:

The  caffeine it contains helps them feel more awake. All beverages containing caffeine produce a similar effect, only to a different extent.

The  researchers suspected that the consumption of beverages containing caffeine could also impair sleep, and since sleep deprivation is known to affect the gray matter of the brain, a change in brain structures is possible.

In order to clarify this question, the research team led by Dr. Carolin Reichert and Prof. Dr. Christian Cajochen from the University of Basel and the University Psychiatric Clinics Basel examined the effects of caffeine consumption on sleep and the brain in 20 young, healthy people.

The  participants also regularly drank coffee in their everyday lives, but were asked to interrupt their caffeine intake for the study period and instead were given tablets to take twice for ten days – ten weeks with caffeine, ten weeks a placebo.

The  sleep quality of the participants was recorded in the sleep laboratory by means of brain wave measurements (EEG) and at the end of each ten days the volume of gray matter was measured by means of brain scans.

No consequences for sleep, but for the brain

The  comparison of the data showed that the participants slept equally deeply, regardless of whether they had taken caffeine tablets or the placebo. But there was a clear difference in gray matter, depending on whether the test subjects had received caffeine or the placebo, ”reports the University of Basel.

The  volume of gray matter was greater after ten days without caffeine (with placebo) than after the same period of time with the caffeine tablets.

The  difference is particularly clear in the right medial temporal lobe of the brain, including the hippocampus, a brain region that is central to memory consolidation, the researchers explain. “Our results do not necessarily mean that caffeine consumption has negative effects on the brain, but it is clear that everyday caffeine consumption changes our cognitive hardware, which should at least give rise to further studies,” emphasizes Dr. Reichert.

Changes are only temporary

The  study also made it clear that although caffeine seems to reduce the volume of gray matter, regeneration occurs as far as possible after only ten days of caffeine withdrawal. “

The  changes in brain morphology seem temporary. However, systematic comparisons between coffee drinkers and people who usually consume little or no caffeine have so far been lacking, ”summarizes Dr. Reichert. (fp) 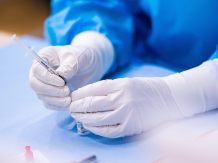 Oli Pocher publishes Michael Wendler news on the birth of his...

Up to 4000 vaccinations daily: “Most beautiful vaccination center in the...

Groundbreaking 31 years after the fall of the Berlin Wall: Berlin...

Corona year: Renault looks ahead after a record loss