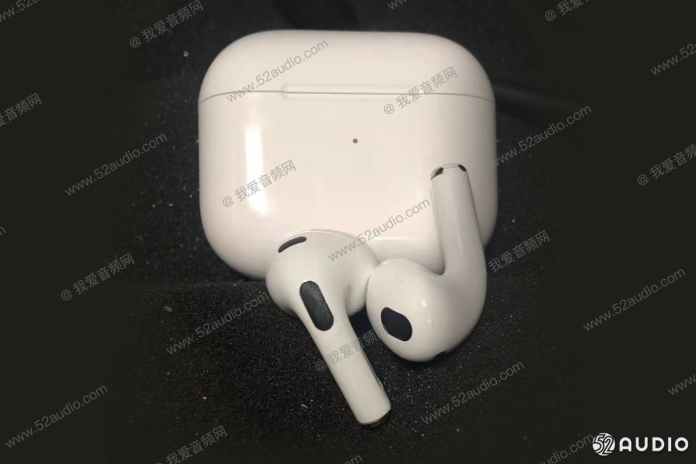 The re were already first indications of a new edition of the wireless Bluetooth headphones, now pictures should show them. In addition, a new innovation came to light that Apple allegedly equips the third generation with.

A photo haunts the news pages to show the new Airpods. In addition to the headphones, you can also see a revised charging case.

The  picture is in line with the rumors that have emerged so far about the redesign.

The re it was said that the new Airpods were based on the Airpod Pro. Apple shorten the stem and add silicone ear pieces. That confirms the photo.

The  report published with the photo also mentions technical innovations. 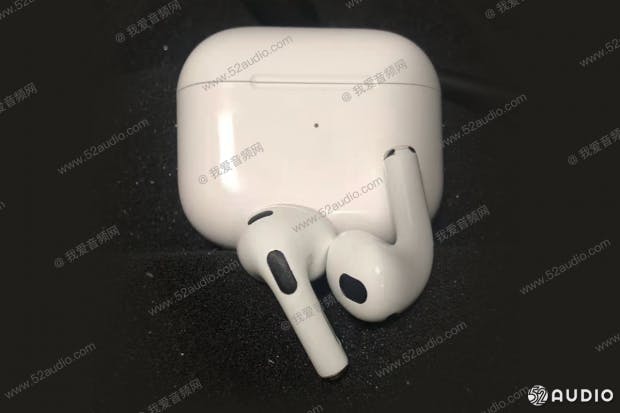 After renders, the first photo of the Airpods 3 appears. You only know afterwards whether it is real. (Photo: 52audio.com)

Like their big brothers, the new Airpods should be operated via force sensor elements. In addition, Apple equipped the new edition with a special ventilation system.

The  integrated pressure equalization ensures a more comfortable fit when worn for a long time. According to the report, the headphones will also support spatial audio. Observers are skeptical of the technical information. What they all have in common, however, is the assumption that both active noise suppression and transparency mode are reserved for the Pro models (test report).

As expected, the storage box shows smaller dimensions. If the picture is correct, Apple rounds off the corners more and switches to landscape format.

The  narrower case also has an LED charge indicator on the front. Contrary to other information, the battery life should not differ from that of the predecessor. You stick to five hours of audio playback. 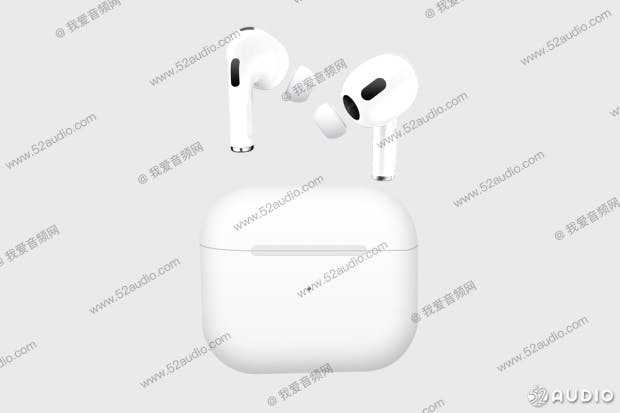 The  site says the headphones would hit the market for around $ 150 in March. In the past, reports have been contradicting each other on whether the company will have another product launch in March. Jon Prosser, not the most reliable leaker on the scene, brought up a product event on March 16, which Apple expert Mark Gurman rejected.

The  prominent Apple analyst Ming-Chi Kuo announced in November that Apple would start mass production of the new earphones in the first half of the year. It remains to be seen how and when the group will introduce the new generation. He launched the Airpods Pro in 2019 via press release.

Nobody is allowed to call her that: This is actually Iggy...