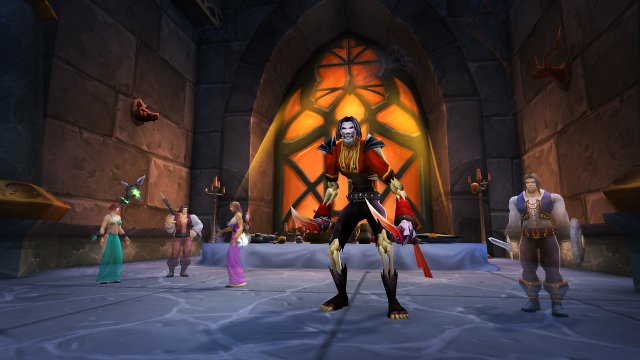 February 20, 2021 at 12:30 p.m.
from Karsten Scholz –
At the first WoW panel at BlizzCon 2021, the Blizzard developers gave a first preview of the phases of World of Warcraft: Burning Crusade Classic. In this message we have summarized what is known so far.

As early as June 2020, we were very sure that there will also be a phase curve for a new edition of WoW: Burning Crusade as in WoW Classic. In our special Classic TBC Server – How could it be implemented? we had hoped for five phases and now we know: for that at last officially announced Burning Crusade Classic there will actually be five phases, plus a pre-patch phase before the actual launch.

In the following we have summarized what is known so far:

Anyone take a look at the most important adjustments and features of the TBC patches throws, who discovers further content there that could also be implemented in later phases.

The  guild bank, for example, the quests and rewards of various factions or the arena of the ruins of Lordaeron. As soon as there are new findings, we will of course keep you up to date.

The  Q&A on WoW from BlizzCon 2021 – we have summarized all the important information and answers from the developers for you!

WoW: Tazavesh – This is what awaits you in the new mega dungeon

WoW patch 9.1 brings a new mega dungeon into play: Tazavesh, the veiled market. We’ll tell you what to expect there.

Picture gallery for “WoW: This is what the five phases of Burning Crusade Classic look like”

Authorities were too hesitant: What to learn from the Spanish flu

Work – Frankfurt am Main – DGB: Companies have to implement...

More new cases than ever reported

Duchess Meghan: Insider: One voice in the Royal Family was not...

Shipwrecked Stuart Bee: “I watched the freighter for about 15 minutes”