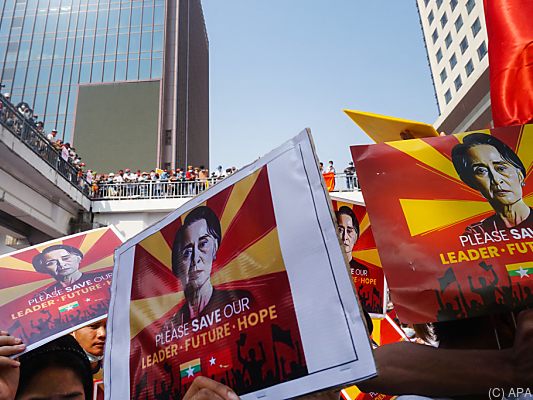 The  waves are still rising in Myanmar
© APA (AFP)

Myanmar reportedly saw the largest protests to date since the military coup in early February. Tens of thousands of people took to the streets in all parts of the country as part of a general strike.

The  rallies in the former capital Yangon (Rangoon) in the south, in the city of Mandalay in the north and in the capital Naypyidaw were particularly massive. Huge crowds could be seen in photos on social networks.

Although at least three demonstrators have been shot dead by the forces since the protests began, the opponents of the new junta did not want to be intimidated, media reported in the Southeast Asian country. “If we resist the dictatorship, they could shoot us. Everyone knows that. But we have to resist the dictatorship, it is our duty,” the portal “Frontier Myanmar” quoted an activist as saying.

“Ordinary people in Myanmar are taking part in an extraordinary act to demonstrate their resistance to the brutal military coup, despite murders, violence and intimidation by security forces,” wrote the Justice for Myanmar activist group on Twitter.

Most of the shops remained closed. “Everyone is joining in,” said a protester at Hledan Junction, Yangon.

The  intersection has become a starting point for the peaceful rallies.

However, media owned by the military warned of further actions on Monday. “

The  protesters are now inciting people – especially the emotional teenagers and young people – to take a confrontational course where they will lose their lives,” said state television MRTV.

UN Secretary-General António Guterres again called for an immediate end to the violent actions of the security forces against the demonstrators. “Today I call on the military in Myanmar to end the repression immediately,” said Guterres in a video message at the start of the session of the UN Human Rights Council in Geneva on Monday. “Release the prisoners. End the violence. Respect human rights and the will of the people as expressed in past elections.”

The  army had reverted to power on February 1st and took the de facto head of government Aung San Suu Kyi and many members of her government into custody. Since then, numerous other politicians, activists and demonstrators have been arrested.

The  protest movement calls for the reinstatement of Suu Kyi.

Several Western countries have condemned the coup and the violence against demonstrators.

The  foreign ministers of the EU countries wanted to discuss the situation this Monday.

The  EU foreign policy chief Josep Borrell called on the military on Saturday to immediately stop violence against civilians. According to the Spaniard, the discussions at the meeting of foreign ministers should enable “appropriate decisions”. US Secretary of State Antony Blinken announced on Sunday that the US would continue to act “decisively” against the authorities in Myanmar. “We stand by the side of the Burmese people,” he added.

Dayot Upamecano is coming – whoever must tremble now

This is how funny Witcher 3 would look on the PS1 Rumors of a new hard lockdown from December 26th – Coronavirus...