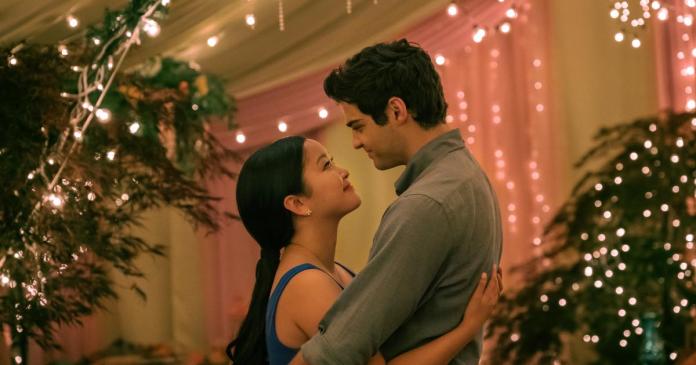 In “To All the Boys: Always and Forever”, Lara Jean and Peter split up after she decided to study in New York. In a very romantic way, Lara Jean wants to sleep with Peter for the first time after her prom, but Peter stops her and ends the relationship.

In the book, Lara Jean is the one who ends the relationship. She gets drunk at the bachelorette party of her future mother-in-law Trina and, drunk, announces the end of the relationship due to the distance.

The  version of the film adaptation seems to fit better into the image of Lara Jean.

The  teenager loves romances and believes in true love – an alcoholic, impulsive decision would have been more than surprising for fans of the films.

In the book, the subsequent reconciliation was kept very simple: After a clarifying conversation, the two are again a couple.

The  film touches you more with Peter’s gesture when he writes a love letter to his loved one. Alluding to the first part, he wrote a new love contract, which he gave Lara Jean after her father and Trina married. In it they promise to love each other “Always and Forever”.

Zalando boss Rubin Ritter quit his own job for his wife’s...

Franziska Giffey and Frank Zander distribute goulash to those in need

How everything was “patched up” with the record champions